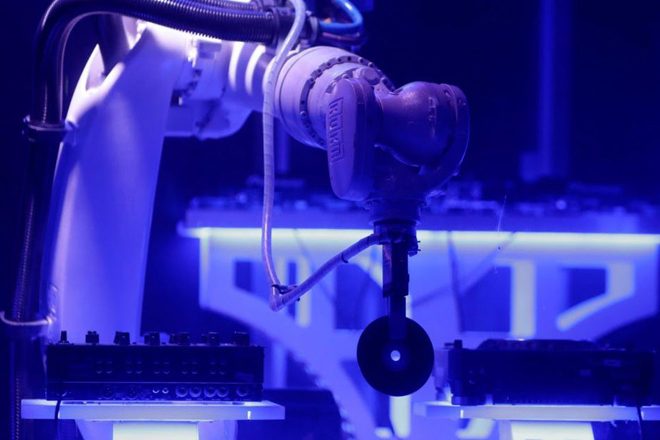 A nightclub in Prague, Czech Republic is bringing a whole new meaning to booking techno acts.

Rather than calling on the likes Nina Kraviz and Ben Klock, Karlovy Lazne Music Club has opted for robotic technology to provide tunes for its clubbers.

reports that the arm-shaped machine selects records with a pincer - which is apparently able to scratch - and even pulls out dance moves now and then. It's not just on its own, sharing its time on the decks with a human programmer.

The club's manager Adam Lipsansky is optimistic its success.

“People are excited (about the robot), because they haven’t seen anything like this around Europe, and I am not sure if there is something similar in the world."

Impressive as it sounds and as much as AI is advancing, we reckon ravers would much rather see real DJs behind the decks.