ANTS has revealed the weekly breakdown for its coming Ibiza season.

Returning to Playa d'en Bossa hotspot Ushuaïa for a seventh year, ANTS will run every Saturday from June 1 to September 28, featuring The Black Madonna (pictured), FISHER, Skream, Solardo and Erick Morillo and more.

The day-and-night parties will include Loco Dice’s Birthday Special on August 10, with the line-up for that to be announced.

The Black Madonna appears on September 7, with Kölsch and Joris Voorn joining Skream the following weekend.

The Night League, the team behind Ushuaïa Ibiza, has promised to transform the club with its Metropolis Concept, featuring an "upside down world" and "immersive underground city".

Tickets are on sale here.

Check the full weekly breakdowns below. 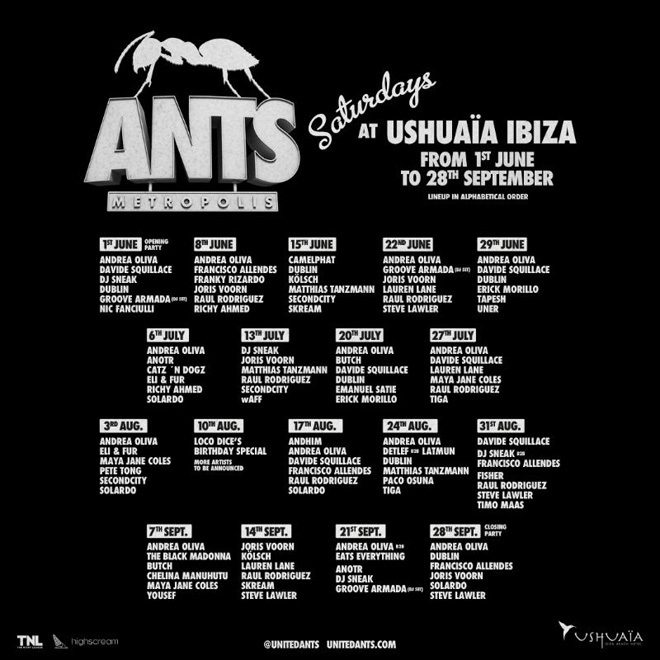