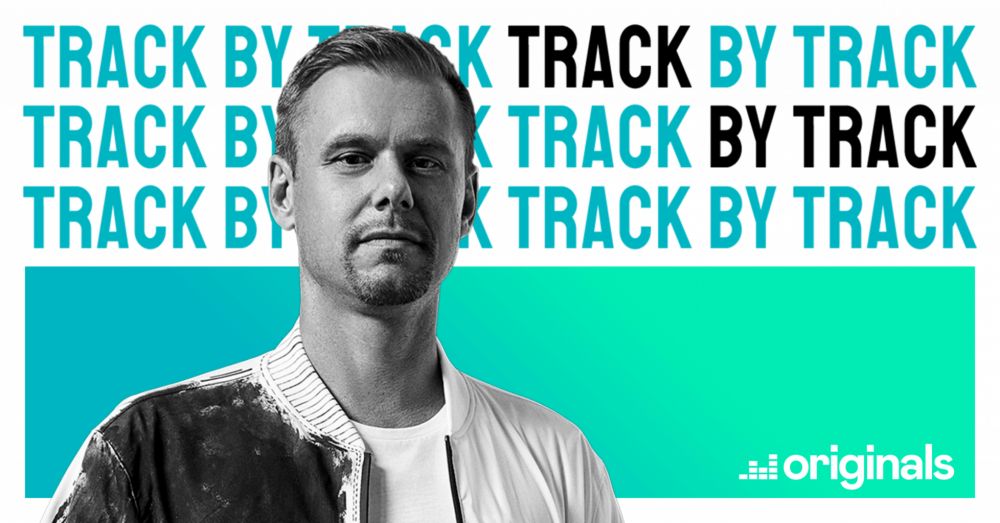 Trance legend DJ sat down with streaming service Deezer to chat about what inspired his new ‘Balance’. The recorded Deezer Originals session was done at ADE, where Armin opened up about the things he’s learned and what makes this album different.

One the most fascinating glimpses into Armin’s thoughts was the story behind ‘Wild Wild Son’ ft Sam Martin. It’s one Armin’s favorite tracks on the album and it speaks about the love for his child.

Speaking about it exclusively with Deezer, he said: “It refers to the love I feel for my own son…the message is don’t be afraid to live, don’t be afraid to make mistakes – I will love you whatever happens”. He admits this is “it’s a ballad really and a departure from the trancey Armin van Buuren that you may know”. Snapping back into trance mode, Armin moved on to ‘Mr. Navigator’. “With a 138BPM, it’s a track in every set I play and it destroys the dancefloor,” he said.

Below we’ve pulled out some bits from the talk we think are pretty cool. We’d love you to give Armin van Buuren’s ‘Track by Track’ a proper listen. And remember it’s only available on Deezer!

Trance roots – “I’m a trance guy and I’ll never forget my roots. So the DJ Armin Van Buuren is a little different than the artist Armin Van Burren. As an artist, I have a wider range sounds so I’ve been experimenting a lot with ballads, with pop with hardstyle. But in the end, I always come home to trance – half the album is what you expect from Armin Van Buuren and the other half is experimenting .”

The importance learning – “I’m learning every day and that’s also the reason why the album is called Balance – the most important thing in life is you have to challenge yourself and keep learning. Otherwise, the grey mass in your head stands still and you’re not moving forward”

His production workflow – “We sometimes find out the earlier versions are better, we constantly save with different version numbers…we went with a version 20 but we had 57 renders” “There’s a big truth to sometimes not working on a song too long, you can ruin excitement from it”

Making an album as a DJ – “The struggle is that as a DJ I am stuck to certain rules on the dancefloor, people expect for me to play what they want to hear” “As an artist, I feel the 128-40 BPM is restricting me creatively because there’s so much more to discover outside that range. Having an album gives me that creative freedom. So it’s not just made for a dancefloor, it’s when you’re sitting on a train or on holiday”