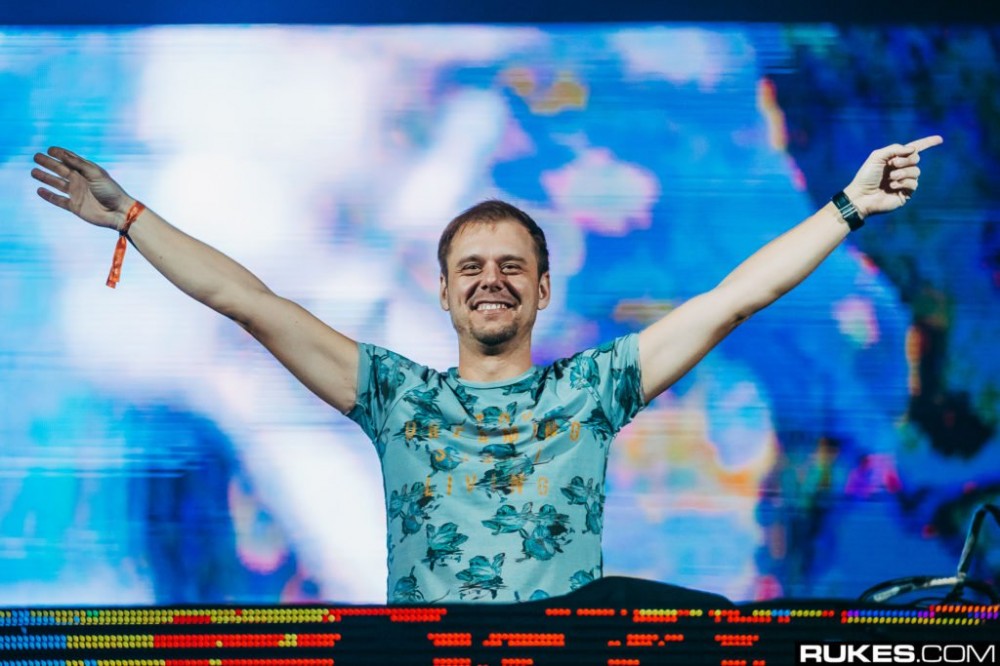 Armin van Buuren has remixed a classic rock anthem — Van Halen‘s “Jump” — into a dance-worthy track more fit for the main stage. There’s no 1-2-3, but there’s plenty to jump about.

The producer first premiered his version at Ultra Music Festival, with a little help from singer David Lee Roth. No doubt, he’ll be playing it again when he hits the stage at EDC Las Vegas and a sea people will be jumping in unison to this.

Armin revealed to Rolling Stone — “I always thought, ‘What if you could have the energy that song from 1982 and transfer it to 2019?'”

Well, it sounds a little something like this… the song’s iconic synths matched with a strong beat and freshly processed, crystal clear vocals. The remix feels like an intuitive extension the original, better built for the now.