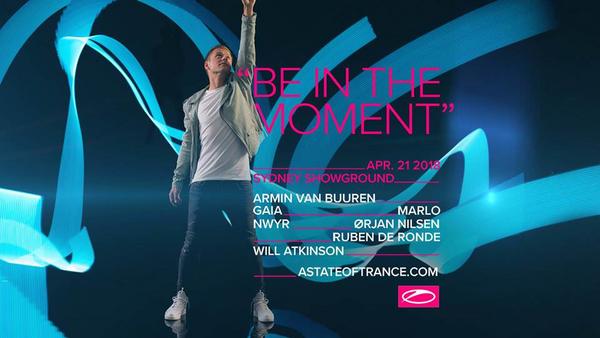 This past Saturday, April 21, 12,700 people flocked to Sydney Olympic Park in Australia for Armin Van Buuren’s A State Of Trance. The night ended in 45 people treated for drug overdose. Three people taken to the hospital, and over 60 people charged with drug offenses. According to reports, “eight people were charged for supplying drugs including a 20-year-old man who allegedly was found with 150 caps of MDMA, 26 ecstasy tablets and eight grams of cocaine.” Thankfully, no deaths were reported.

When it comes to zero tolerance, Australia is not messing around. In January alone, between three different festivals, 328 people were charged with drug related offenses. There was 170 people at Field Day Festival on New Years Day. Then 139 at Electric Gardens Music Festival a few weeks later and 19 at HTID dance party. At the same festival, 116 people needed medical attention, and three were taken to hospital.

“Operations like these will continue to be run at events throughout the year and anyone caught with illicit drugs or found committing alcohol-related offences can expect the full force of the law,”- NSW Police

Fellow electronic music enthusiasts, we’ve had this conversation before. When our genre of music began, people who were searching for something to be a part of found solace in the dance music atmosphere. At its core value, electronic music is one of the purest industries alive today. We see gatherings of people who enjoy similar music, eccentric self-expression, and want to escape the woes of everyday life. Unfortunately, the perilous drug and alcohol abuse has always been in the shadows, looming.  Just remember, the next time you’re at a festival- practice extreme caution and mindfulness. Watch out for people around you and educate yourself.