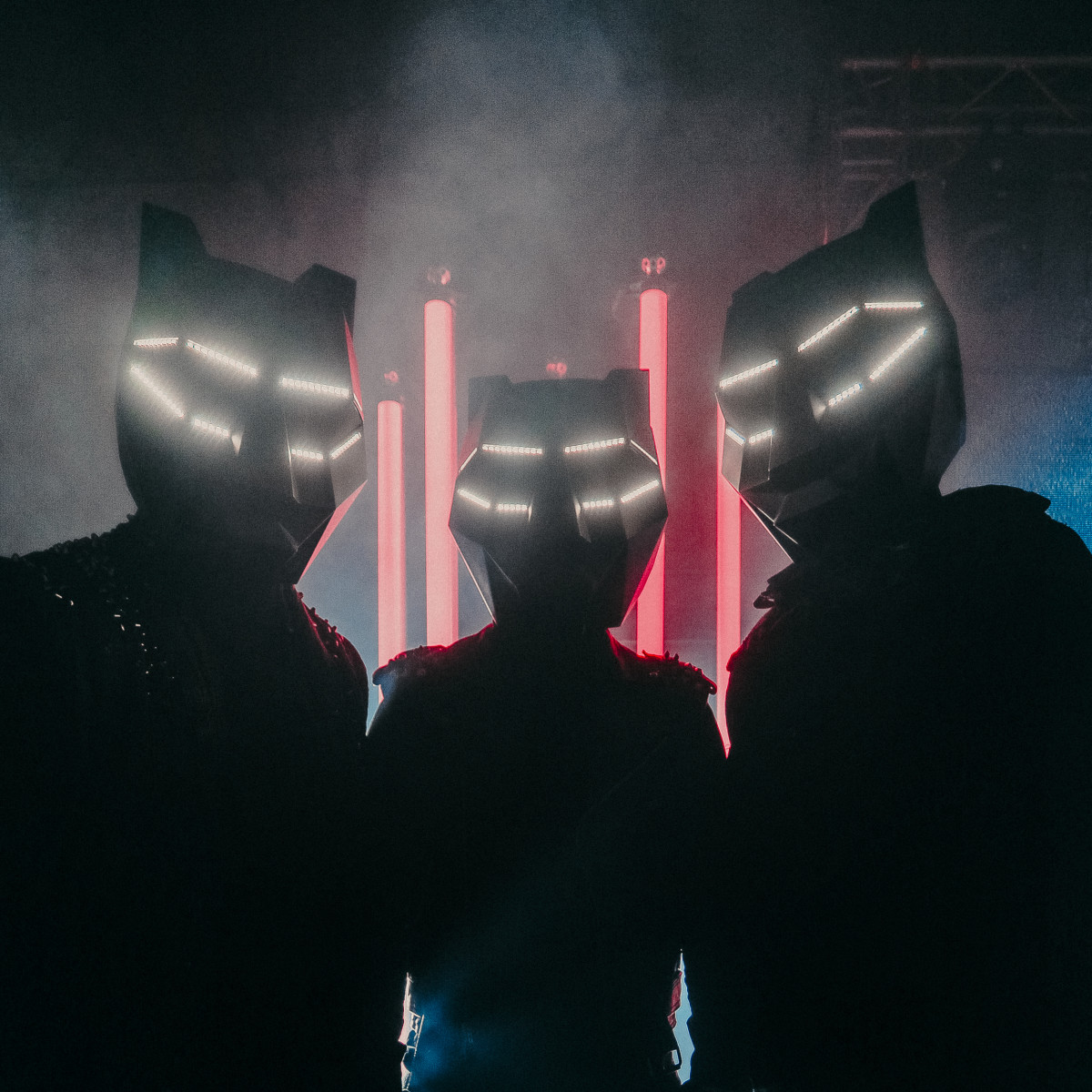 After months of teasing fans with high-powered singles, Black Tiger Sex Machine have finally released their hotly anticipated third full-length album, Once Upon A Time In Cyberworld.

Once Upon A Time In Cyberworld takes Black Tiger Sex Machine's rumbling sound to new heights. Each of the album's 12 tracks takes listeners on a journey through the post-apocalyptic soundscape they've long cultivated, weaving through various genres with a heavy-hitting undertone at its core. The many vocalists they've enlisted, such as Hyro The Hero and Youngr, help tell the story the trio has written.

"The Devil's Instrument" is one of the best examples of Black Tiger Sex Machine's transformation, as the cinematic tune delivers an anthemic feel befit for a climactic moment in a festival set. "Trailblazer" (with Macntaj) takes it even further, highlighting their embrace of dubstep. Longtime fans will be glad to hear they haven't strayed from the electro sound of yesteryear, like in "Utopia" (with YMIR), which features the fast-paced, jump-up feel they've mastered.

Check out Once Upon A Time In Cyberworld, which arrived by way of the group's own Kannibalen label, below and find the album on streaming platforms here.