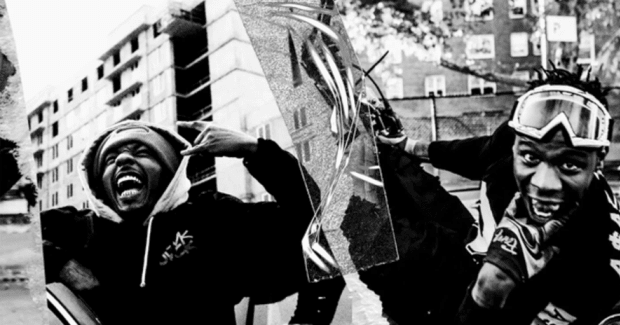 It seems BLVK JVCK will stop at nothing to amplify his signature "hoodstep" sound.

A merciless blend of dubstep and hip-hop, hoodstep is one of the defining characteristics of the Class of 2021 star's blue-ribbon career in electronic music. Having previously produced music for Rick Ross, Lil Wayne, Young Jeezy and many other esteemed rappers as half of the decorated production duo The Runners, BLVK JVCK has an innate ability to incorporate hip-hop into festival bangers.

"I am truly blessed to be able to collaborate with a forward-thinking artist like A$AP TyY," BLVK JVCK said in a statement. "The authenticity that comes with HOODSTEP is very important and ‘BODY SH!T’ is another prime example."

Listen to "BODY SH!T" below and stream the single here.