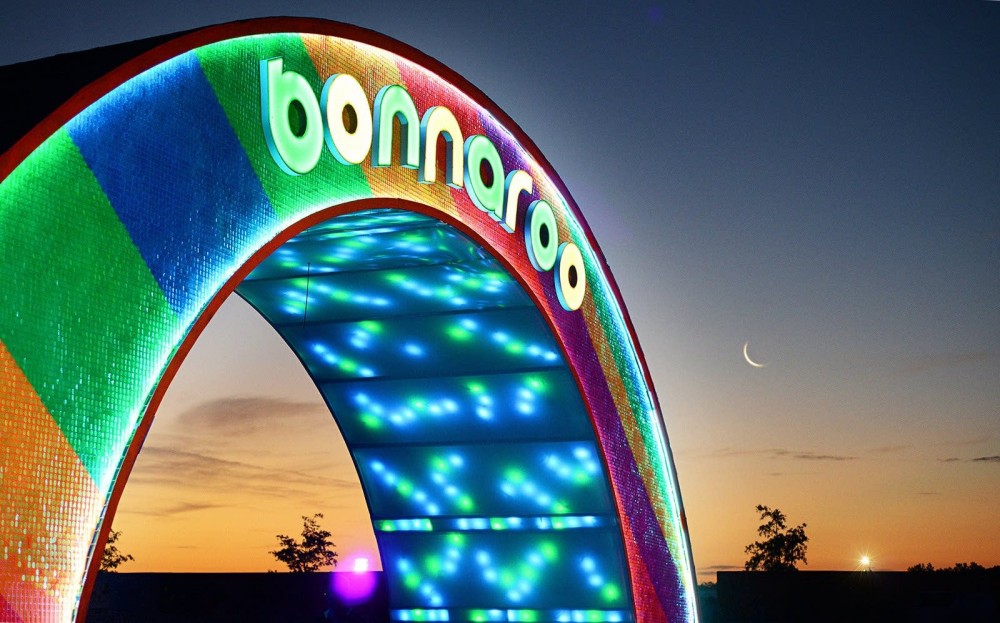 The 2018 Bonnaroo Music and Arts Festival lineup is finally here and it is HUGE. Eminem, The Killers, and Muse top the initial list headliners for the 17th annual edition, along with a heavy-hitting roster more than 150 acts setting up on 10 stages from June 7th-10th on the legendary fest’s 700-acre spread in Manchester, Tennessee.

However, one the most brilliant headliners on the bill is none other than Bassnectar. Even though he faced some this year for his NYE show, we know from experience that Bassnectar shows are nothing but downright fun and insane. Bonnaroo couldn’t have picked a better electronic music headliner.

There are also many new changes coming to ‘Roo this year! The communal areas formerly known as Pods will now be known as Plazas. The well-lit, strategically located public spots located in campgrounds around the site will include shade, free public WiFi, showers, fun activities and art, charging stations, Clean Vibes Trading Post redemption centers, misting stations, medical, safety stations, information and portable restrooms. Also, several permanent “Barns” will be installed around the site in the campgrounds and a “pristine wooded hangout”, similar to The Grove, is being built as well.

Other amenities to look forward to: Droolworthy Food with Celebrity Chef Tim, House Yes, Little Cinema, The Well, Tonalism by DUBLAB, The B-Hive Under the Tower and Themed Community Camps, including a Communal Campground created by festival vet Matt Shultz Cage the Elephant.

Also on the bill is fan favourite, , which is a pleasant and exciting surprise. Gryffin, , , , , , and are also some incredible electronic acts featured on the bill this year.

Click  for information on tickets, which go on sale on Friday, January 12th at 10 a.m. ET.