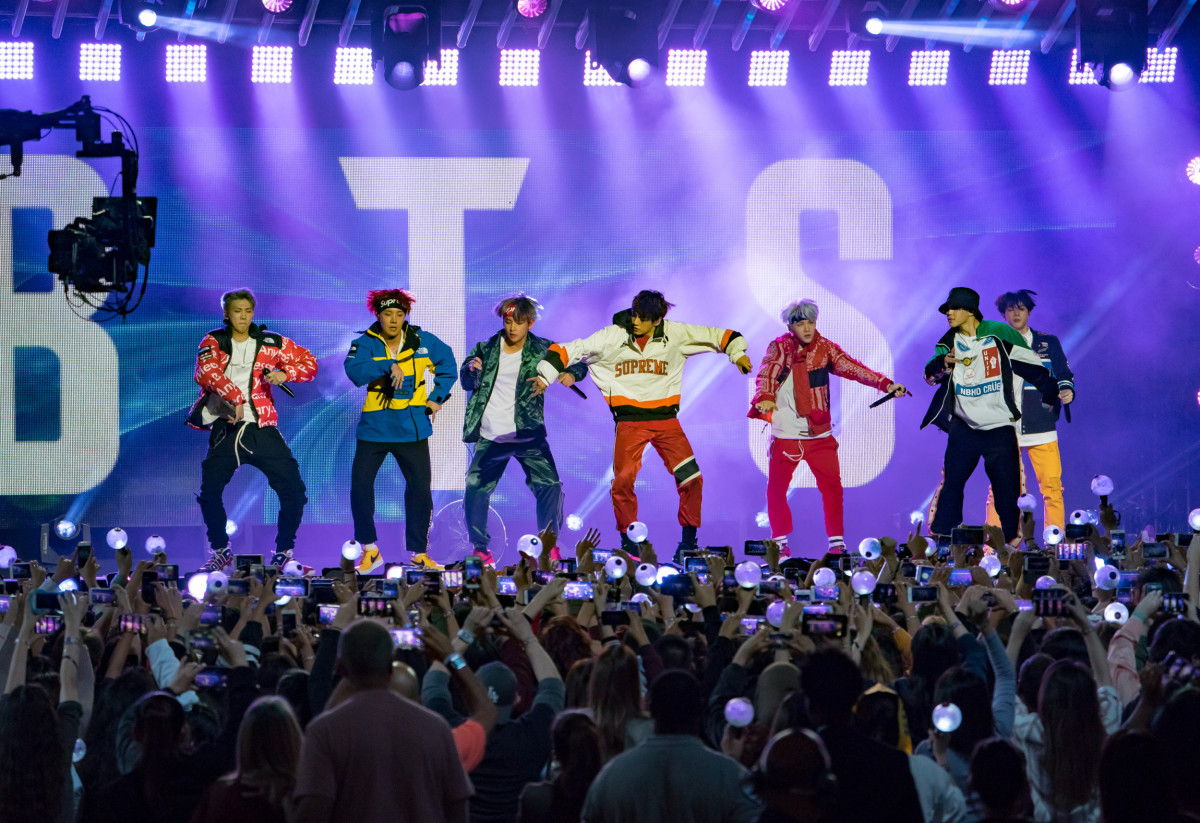 Record-breaking K-pop group BTS are swerving into the dance music lane with a forthcoming remix. Shortly after they released their new English language single "Dynamite," the group announced that an EDM rework is on the way.

In addition to the electronic remix, the South Korean band also announced that an acoustic rendition of "Dynamite" will hit streaming platforms next week. Both versions are slated for release on Monday, August 24th at 1PM KST (12AM ET, 9PM PT). Big Hit Entertainment, BTS' label, shared the news in a tweet today along with images from the group's music video shoot for the single.

That video was released today, and it has already racked up an eye-popping 67 million views at the time of this article's publishing. It features the group singing in a number of settings, like a basketball court, a record store, and a donut shop, as well as dancing in front of technicolor backdrops synonymous with their saccharine brand.

You can watch the jaunty "Dynamite" video in full below.