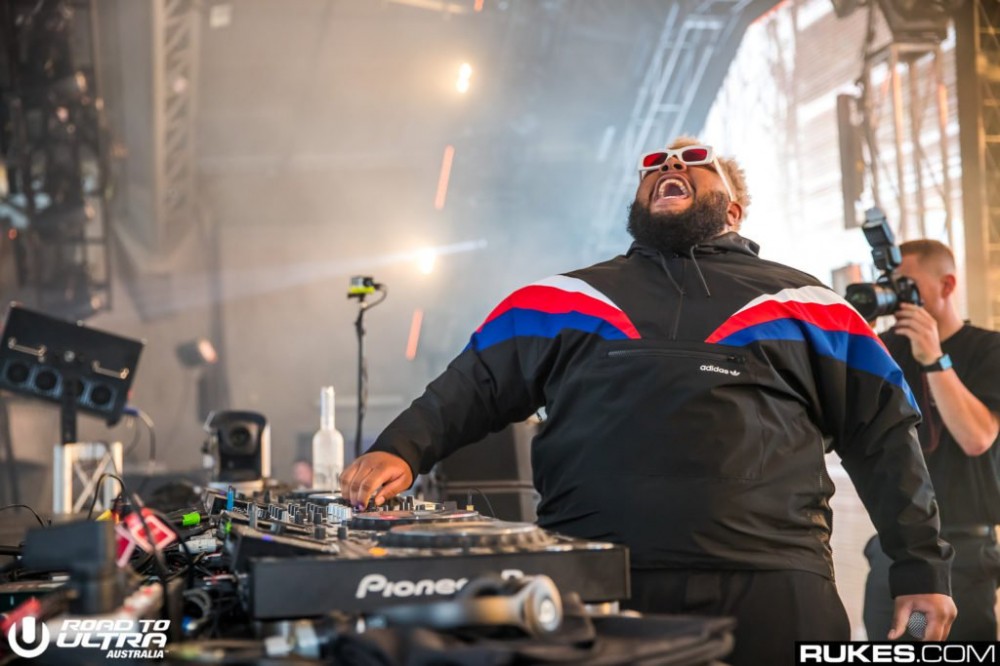 23 days ago, Carnage dropped “Blitzkrieg” with Nazaar, setting f a chain reaction bass and heavy sound that is finally culminating today with “Holy Moly.” After putting out “Letting People Go” and “Wait For Me” earlier this year, Carnage felt like it was time to return to his roots, albeit with a modern twist.

The three tracks are wild and chaotic, powerful and unrelenting. “Holy Moly” is maybe the craziest them all, with an equally crazy music video to match. The drop is pure disorder and pandemonium, heavily textured and unable to be contained. The music video is about a trained group nun assassins. If that alone doesn’t get you interested, I’m not sure what will.

With the release this single, we caught up with Carnage and asked him about the trio releases, his travels this year, and his new live event series called HELL. Watch the video below and scroll down for the full interview.

You had a short break from the more electronic side EDM for a bit there, what inspired you to dive headfirst back into it?

Though I was not actively touring and releasing music I was still in my studio in Thailand and Vegas working on all different genres music. From this I constantly found myself itching back towards dance music, it’s in my DNA its what I love and launched my career. That isn’t to say Letting People Go and Wait For Me aren’t some my favorite tracks, because they are, but these new EDM hits… those are for my OG fans. I’m going to back my roots and blowing speakers up everywhere.

This summer you’ve performed at Tomorrowland, Parookaville, Open Beatz, New Horizons and a ton other European festivals and venues. How has tour been?

Tour has been amazing, probably because summer in Europe is the fucking best. So many my favorite cities, both to visit and to play in, are in Europe. All these shows just support that even more. Tomorrowland is always epic, Parookaville I did a b2b with Gravedgr on the main stage which was nuts and then I debuted my new live event series called HELL at Bootshaus. HELL is the most twisted, dark and ominous event ever with crazy interactive performers and dancers who are also fire breathers and just super out the box stuff. It was siiiiick.

Are you planning on bringing HELL to the United States?

Definitely – working on making a few happen in some cities where my die hard fans are. It’s definitely a spooky, sinister and dire atmosphere with midgets and fire and fog which makes it very special. If anyone reading this needs me to bring HELL to their city – tweet me!

You’ve already dropped Blitzkrieg and Slot Machine, how does Holy Moly fit into the scheme things? Is it a trio tracks?

Like I said, I knew when I was going to fully come back to dance music it needed to be big, it needed to be huge. I thought about it a lot and decided the best way to do this was to just give the fans what they want… which is new music. That’s why I had to release 3 bangers in one month. I am sitting on a ton tracks so putting out Blitzkrieg, Slot Machine and Holy Moly back to back to back was no question. The videos we have made for all these, especially Holy Moly, are nuts too. Not to mention they all GO OFF live too. Blitzkrieg has such a vibe to it because the vocals and changeup in the drop, that hesitation in Slot Machine gets the crowd every single time and that melody on Holy Moly… it’s just euphoric but somehow dark all at the same time. Definitely has been a wild opening track in many my sets.

Speaking the Holy Moly video… it’s crazy! How did that come around?

The Holy Moly video is my baby. It was shot in England in this castle and really helps build an extensive plot around the track. The melody for the track is already so powerful and instantly made me connect to nuns and an intense action sequence amongst them. One my favorite things about the video is that its very cinematic but energetic too.

They’re a lot different sounds being emphasized in each these tracks, what artists are you paying attention to these days and drawing influence from?

I listen to everything and draw influences from so many people. I’m really into reggaeton, Latin and hip hop right now but pull a lot influence from global music culture. I’m always playing that new heat from my homies to the underground rapper so I definitely take a little bit from everything. Can always find the best underground EDM bangers on SoundCloud too… always have to be scanning that.

Will fans see a more diverse set from you moving forward, or will it still be the same balls to the wall craziness that you’ve always done?

My sets are always going to be balls to wall but if you’ve seen me spin you know I play a little bit everything I love. Hip Hop / Latin / dance bangers some vocal anthems so I definitely play it all out. I’m always going to play whatever’s hot and all my new stuff so it’s definitely a vibe.

After these three tracks, what’s next? What are you excited for?

I’m sitting on so much music and itching to get it all out. I have some heavy heaters with some big time features so super pumped to get those out. Definitely going to be releasing a ton music throughout the rest 2019. I’ve been on tour but continuing to travel the world including doing my own RARE Fest in Thailand is something im looking forward too. A lot going on!

Impossible to answer, there is too much fire around the world!! Can never go wrong with some tacos from Mexico City, pancakes from Amsterdam, but that Ibiza Paella holy shit.