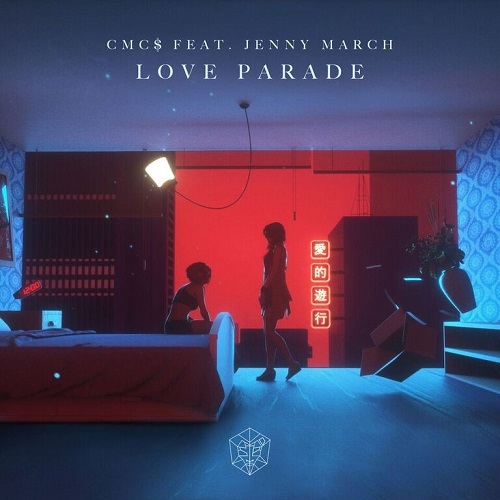 CMC$ continues his blistering form by releasing the second single from his upcoming EP. Love Parade is a collaboration with vocalist Jenny March, a newly emerged LA-based singer who packs a serious punch. The single is the follow up to CMC$’ collaboration with Cade, Thinking ‘Bout Myself.

Love Parade is a powerful slice hard-hitting electronic pop music that filters a tasty range influences into three perfect, addictive minutes. It begins as something akin to a ballad, but a tropical percussive fill signals the start something more energetic. The vocals from Jenny March build the intensity.

With an awesome 3D artworked lyric video to accompany the release, Love Parade will be making its way across the internet and beyond in a big way. 2018 won’t know what’s hit it!