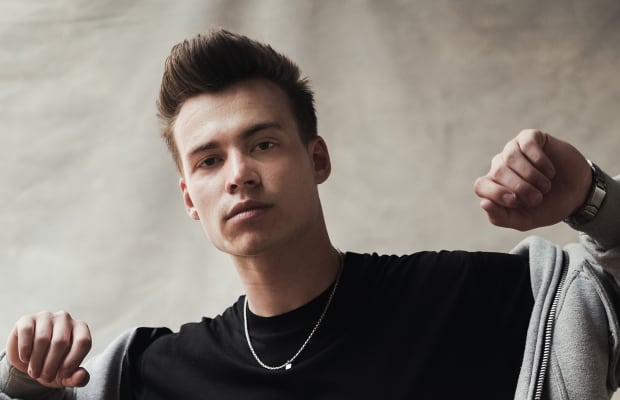 It’s always a good day when new Curbi music hits the internet, and this time around, house music fans will elated to find out it's a brand new EP from the prodigious electronic music producer.

Hailing from the U.K., Curbi has established himself as a force to be reckoned with in dance music with his consistent releases and unmatched skills in the studio. Ever since he launched his career back in 2014, the 23-year-old producer’s creative output has been nothing but consistent, while his growing list of elite collaborators include the likes of Tchami, Lucas & Steve, Cesqeaux, Quintino, and many more.

Earlier this year, Curbi made his debut on Tomorrowland Music with his uplifting single “Safe & Sound,” and has now returned to the newly-launched label with his latest EP, The Pattern. Spanning six tracks, The Pattern boasts a beautifully minimal sound, contrasted by the soothing piano chords on “Catharsis (Intro)” and the ethereal vocals of “Safe & Sound.” Tracks like “Echo” and “FCK” impress with their experimental sound design, while others like “Open Your Mind” and “Show” take the energy in diverse and exciting sonic directions.

"I think this EP is pretty different and I’m very happy with it – to grow for myself and develop as an artist and producer and to be comfortable with putting out something a little bit different," Curbi said in a press statement. "Trying to be versatile, I really wanted to do something a bit more different in a way. It’s good for me to do this and for other people to see as well what else I can do."