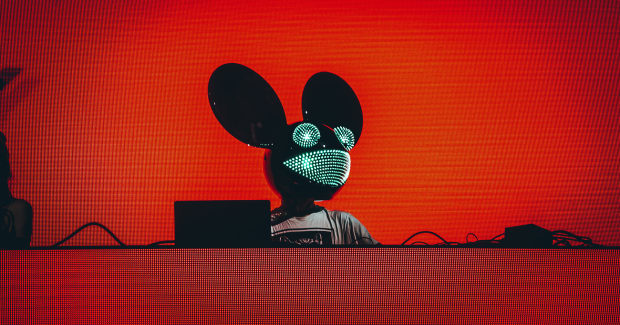 "My Heart Has Teeth" expertly captures the haunting ethos of the beloved horror franchise. By making use of JUNO and Jupiter synths, deadmau5 is able to capture an ethereal, downtempo sound that's far different than the pulsing electro sound we've come to expect. Grey's mesmerizing vocals and lyrics are yet another enchanting layer to the captivating song.

The reunion of deadmau5 and Grey follows 2016's "Beneath With Me," a fan-favorite collab with Kaskade. This isn't the only homecoming featured on the soundtrack, however, as deadmau5 previously worked with Grégory Reveret on his orchestral LP, Where's The Drop?

Take a listen to "My Heart Has Teeth" below and find the Resident Evil soundtrack on streaming platforms here.

The reunion of deadmau5 and Grey is a welcome one, as they created a similar atmosphere alongside Kaskade on their 2016 collaboration "Beneath With Me." This isn't the only reunion featured on the soundtrack, however, as deadmau5 previously  worked with Grégory Reveret on his orechestral LP Where's The Drop?

Listen to "My Heart Has Teeth," as well as the entirety of the Resident Evil soundtrack, on streaming platforms here.