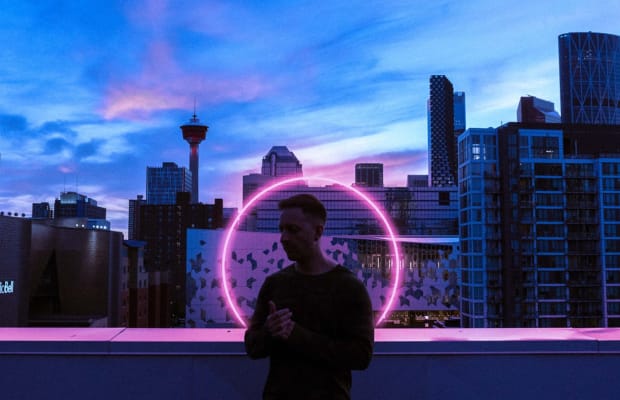 Remember when Flux Pavilion's anthemic "I Can't Stop" blasted through your speakers on repeat a decade ago? Same. And even though he has since moved on from dubstep, his contributions to the scene remain indelible.

Reminiscing on the 2010s, an influential era for dubstep, Canadian electronic music producer Defunk decided to commemorate the genre's formative sounds by tapping into the essence of those iconic anthems released 10 years ago.

"I first was introduced to electronic music in the age of Flux Pavilion, Doctor P, Skrillex, et cetera. That time was full of sawtooth sounds and wobbles, and I really wanted to make a throwback track to honor that classic sound," Defunk told EDM.com. "'Chase the Vibe' is that throwback track, trying to 'chase the vibe' those songs in the early days gave me."

Out now by way of Westwood Recordings, "Chase The Vibe" begins with funky guitar riffs and soulful vocal samples. The track quickly picks up speed as the kick drums progress, ultimately launching listeners into an intergalactic, mind-bending drop with a marginal resemblance to Rusko's 2010 generational dubstep anthem "Woo Boost."

Merging innovative, wonky sound design with the familiar, "Chase The Vibe" is a buoyant banger. Check out the new single below.

Over the years, Defunk has made a distinct name for himself in the electronic music space with his signature blend of funk, soul and, of course, filthy bass music. His latest offering provides fans with a glimpse of his forthcoming DIMENSIONS EP.

Until then, you can stream "Chase The Vibe" across platforms here.