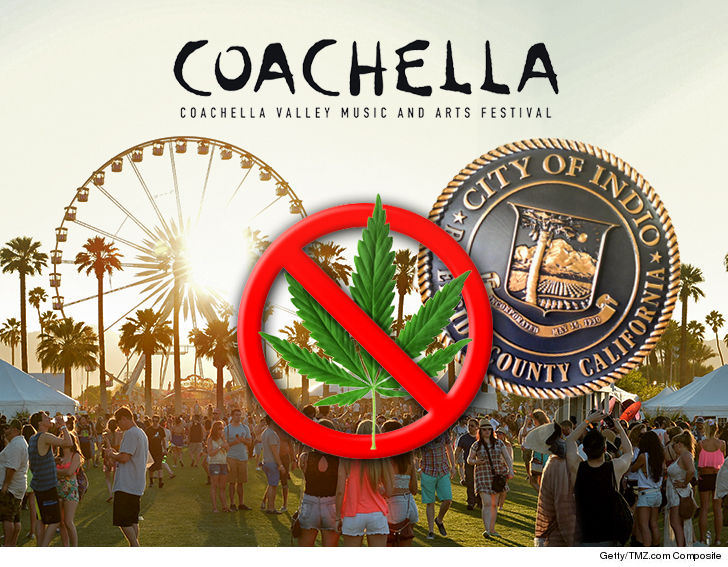 Coachella is known for some pretty incredible performances and for being on post peoples’ bucket list as a must attend at least once in your life festival. It usually brings together people from all over the country and artists all genres to Indio, CA for what is sure to be a memorable time. Despite that, one thing it won’t be bringing along anytime soon is Marijuana.

Marijuana had just been legalized recreationally in the state California, as January 1st. Even so, it looks like it won’t still be allowed on the private property on which the festival is held. Festival organizers have also stated  that it would still not be permitted on grounds.

Indio, CA is also not allowing selling, cultivating, or distributing weed or smoking it in the open, although by state law, possessing a small amount for personal use is acceptable. They still mention that that neighboring cities like Palm Springs, Cathedral City, and Desert Hot Springs are all 420-friendly, so be sure to keep that in mind if you’re looking to get your fix prior to the festival!