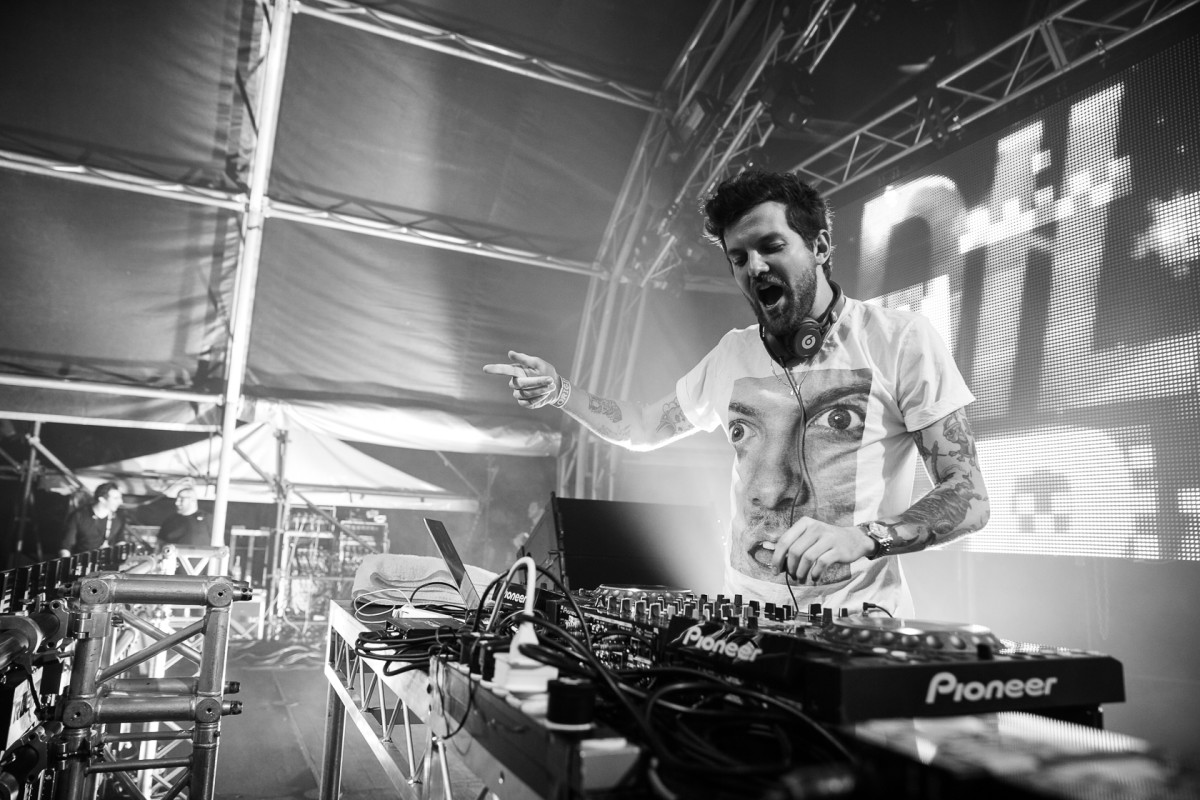 Last week, Dillon Francis sat down with TikTok megastar Dixie D'Amelio for her YouTube series "The Dixie D'Amelio Show" to promote his new single "Be Somebody." What came out of the slightly uncomfortable interview, beside the fact that D'Amelio called Francis a "world-renowned pop singer," was a challenge for him to take on her song "Be Happy" with a deadline of one week. He stayed true to his word and delivered a remix that makes the original much more club-ready, even if most of the D'Amelio family's fans aren't old enough to get in yet.

There is no denying the reach of Dixie D'Amelio, whose debut single has already eclipsed 92 million views in just four months. It's gone on to receive an official remix from Blackbear and Lil Mosey but had yet to be properly introduced to the EDM world. Francis stepped up to the challenge and took to Twitter to deconstruct the track, giving fans a glimpse into how he transformed the song.

Of course, he had to get the TikTok superstar's reaction to him finishing in a week, so he let himself into D'Amelio's home and set up a special live performance in her backyard for her and her family. Check out the video below.

The remix couldn't have come at a better time for D'Amelio, who is currently going through a TikTok-age scandal many are referring to as "Snailgate." If you aren't up to date in the world of TikTok drama, both Dixie and her sister Charli D'Amelio—who have a combined 143 million followers on the platform—are facing criticism after uploading a YouTube video titled "Dinner With The D'Amelios."

In the video, professional chef Aaron May serves the family delicacies, such as escargot and paella, but both D'Amelio sisters appeared to gag when the food is brought out and also mocked May as he described the menu. At one point, after Charli asks for dinosaur-shaped chicken nuggets instead of the paella, Dixie runs outside to vomit. She isn't the only one with a sour taste in her mouth, as many have panned the two stars' behavior as disrespectful.

Francis, who is basically a part-time comedian at this point, was able to make light of all this during an unanswered FaceTime call to confirm if the song was still being released. According to an Instagram Story posted by D'Amelio, she asked him, "I know you are a huge fan of snails but is the remix still coming out tomorrow?" to which Francis responded, "lol of course I'm coming over with Dino nuggies too #f***snails."

You can stream Dillon Francis' remix of "Be Happy" across all platforms here.