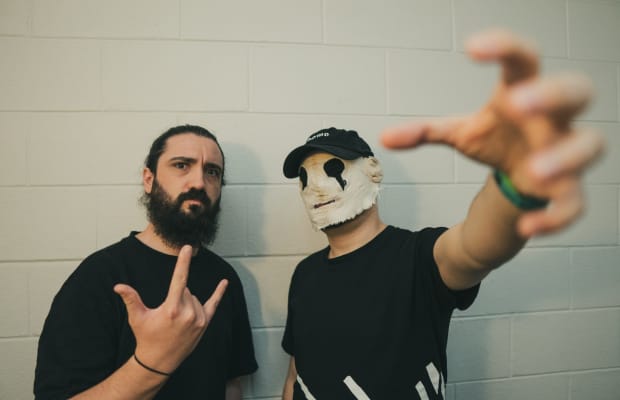 Remember that awesome Doctor P and FuntCase song with all the old video game sounds from a decade ago? No, you don’t, because the duo just dropped the song this week.

"Arcade Fire" is a 10-year-old dubstep track that was finally finished by the two legendary bass crafters and released days after they teased it earlier this week. On Twitter, FuntCase shared a video explaining the story behind the lost song, explaining how he’s been begging Doctor P to get the project files necessary to finish the track. And as you can clearly see, he was totally not mad it took this long to come out:

The first question you may ask yourself is, "Was it worth the wait?" The answer is a resounding yes.

Listeners are introduced to “Arcade Fire” with some retro video game samples before the beat kicks in and Doctor P and FuntCase press start. Once properly booted, a powerful stream of bass erupts, which instantly sends longtime fans back to the days of scouring YouTube for new dubstep compilations. The final result is a well-produced track that showcases how the duo has grown over the years while staying true to their roots.

“Arcade Fire” by Doctor P and FuntCase is out now on the latter’s flagship record label, DPMO. You can download or stream the single here.