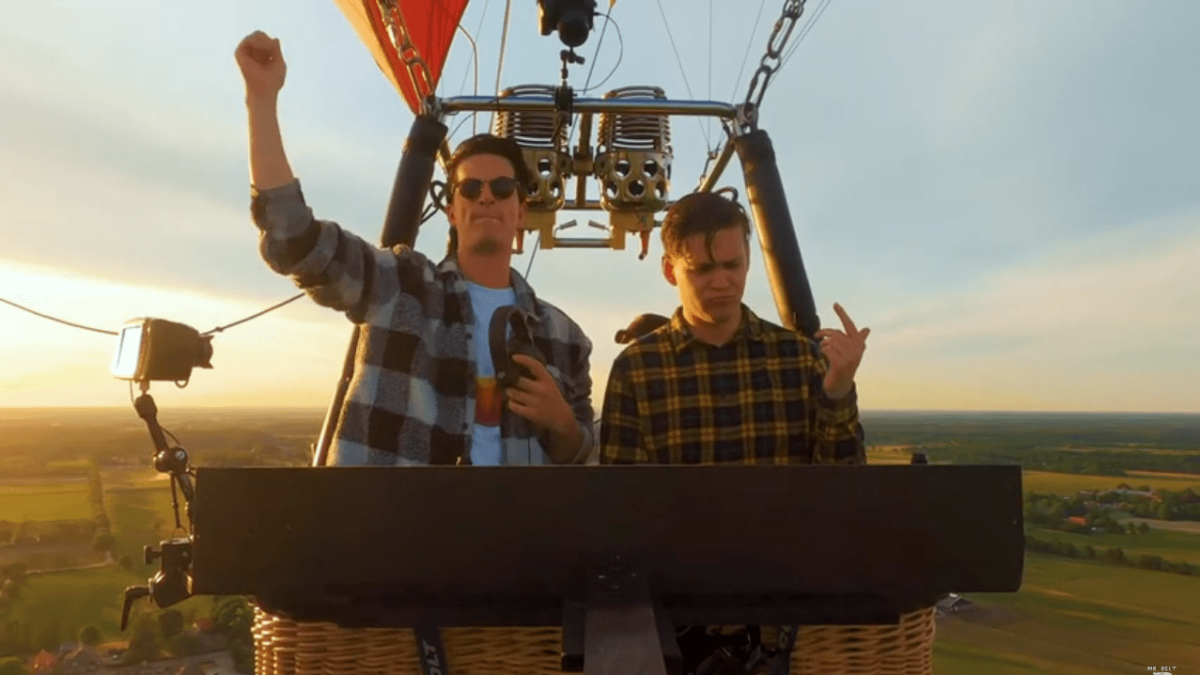 Mr. Belt & Wezol have been creative with their performances during the COVID-19-induced worldwide live music shutdown. While some artists have performed from their homes or backyards, they've decided to step outside the box, performing on a moving tram, in a bowling alley, in the middle of a ball pit, and even on an alpaca farm.

This time, the Dutch duo took to the skies for a new hourlong set from a hot air balloon. They recently shared a short preview of their performance, showing fans what to expect when it's released early next month. They were able to achieve such views with a custom DJ rig with cameras mounted all around. In an effort to capture the perfect shot, they also had cars following them on the ground and two drones circling them in the sky.

Mr. Belt & Wezol's high-flying hot air balloon performance is set to release on Wednesday, August 5th. For more updates on their scenic set, you can follow the duo below. You can also view the rest of their unique performances on the SLAM! - Music YouTube channel here.