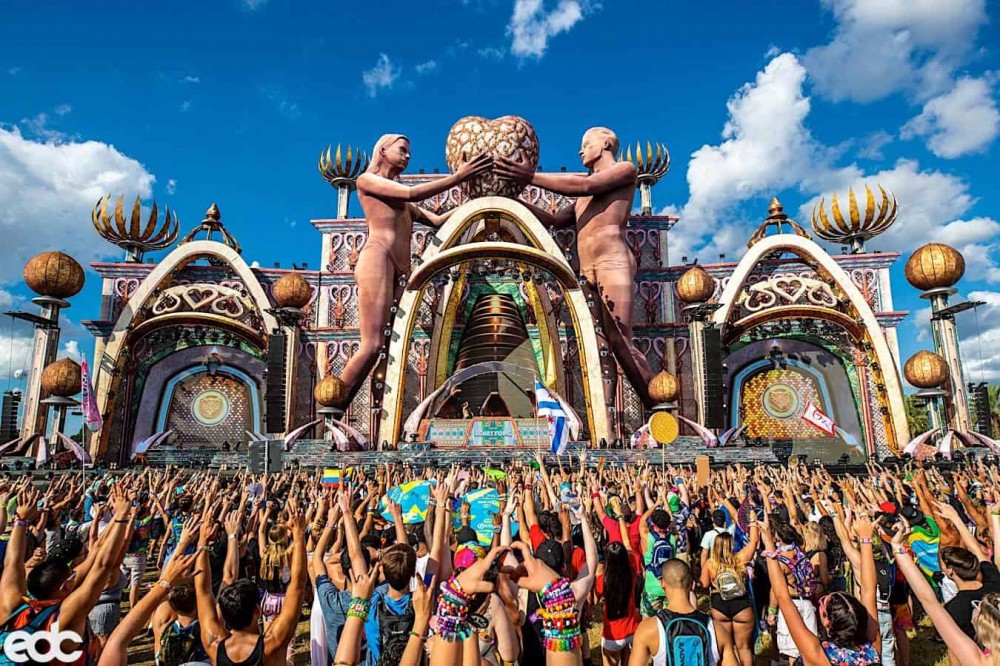 As many you know, Insomniac announced tonight this year's EDC Orlando lineup by music through music. In other words, Insomniac had its founder, Pasquale Rotella play the music artists that would be performing at this year's music festival on Night Owl Radio. Besides playing the tracks many beloved artists, Rotella actually announced some very great news as to the details this year's event and some huge Florida news.

1. Stereo Bloom
Stereo Bloom will be making it's way from the Las Vegas Motor Speedway to Tinker Field. Having a unique aesthetic, Pasquale Rotella stated that this stage will be slightly renovated for this event, specifically to make it bigger and allow more space for a bigger audience.

2. The Festival Will Be Bigger Than Ever
Pasquale Rotella shared that this year's festival will be bigger than it has ever been before. How exactly? The property will be expanded by 20 more acres than it was last year! We can only imagine what it will be like.

5. Big Florida News: A Brand New Festival Coming to Florida!?!?
During this evening's radio show, Pasquale Rotella shared with headliners that some big news is on its way to Florida. After specifically stating that he was not able to share the news, he did say while he was coughing “a new festival.” Does this ficially mean that a new festival is on its way to the sunshine state? We're pretty sure that it does. There is speculation though that he can be referring to the return Okeechobee Music Festival, but announcements have already been made about the festival. It is not like it is much a secret. Only time will tell.

Overall, there will be four stages in total for this year's EDC Orlando. The Boombox Artcar will also be making its return as well as more acts coming to the event. Stay tuned for more info on EDC Orlando 2019. Also, make sure to check out the predictions this year's lineup . The ficial line up will be released tomorrow.

Let us know what you think about this exciting news in the comments below.