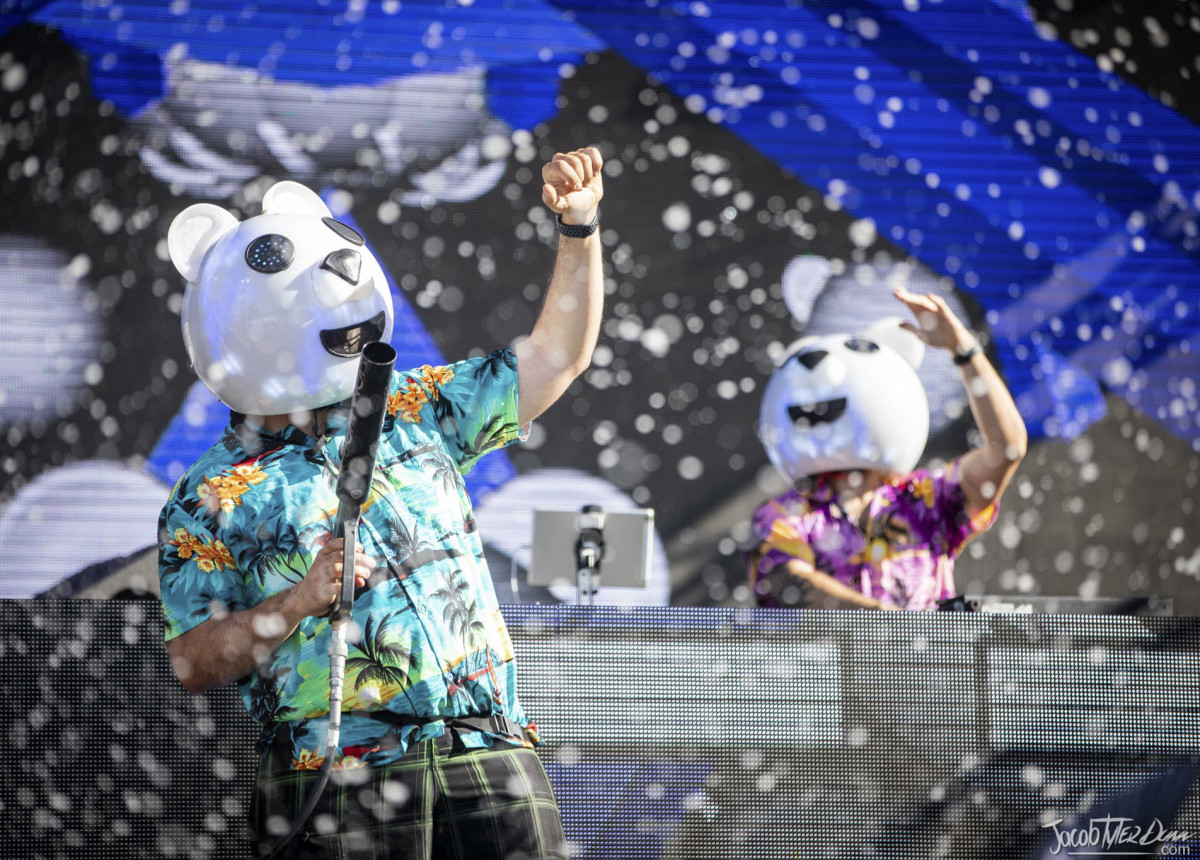 Electric Polar Bears are here to let you know that even though it's summertime, that doesn't mean snow is in short supply. The duo's latest future house track "SNOW" is an energetic party anthem that is bound to get your night going on the right track. Accompanying the single is an official music video that will make you downright nostalgic for the days of pool parties and shenanigans, highlighting the song's classic house sirens and steady beat that make it a certified toe-tapper.

The track's catchy hook, "everywhere we go we like to make it snow," is the official motto of the duo, who are notorious for bringing snow guns to all their performances. "No venue, from dancefloors to pool decks, has ever been left without a thorough snowstorm," according to a press release.

The polar bear-headed duo have been blasting their proverbial snowstorm across the land since their debut on Groove Cruise LA back in 2017. Their recent hit "Break The Ice" has snowballed over 850K views since its debut this year. After a successful tour with Deorro and three impressive releases under their belts, it's clear these two are ones to keep an eye out for if you are ever in the need for a blend of progressive EDM and funky house flavors.

You can stream or download "SNOW" by Electric Polar Bears across all platforms here.