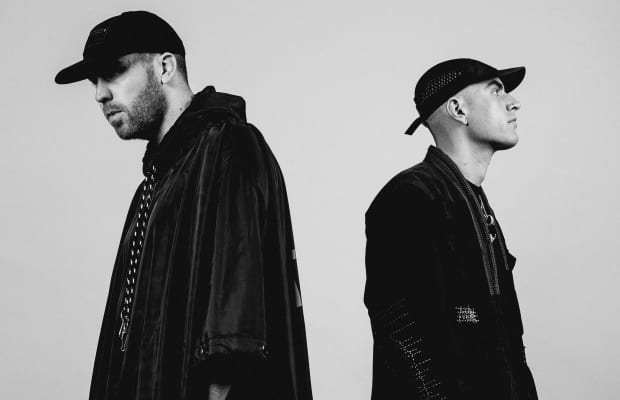 Conventions be damned, SHADES have unveiled a bizarre and beautiful EP called The Dance Of Death.

Comprising EPROM and Alix Perez, the SHADES duo have operated at the forefront of the post-trap era since their 2016 debut, solidifying themselves as revered sound designers in the electronic music community. The Dance Of Death serves to reinforce this notion via a record which deconstructs the tried-and-true arrangements of modern bass music, and to offer a much more nuanced approach.

In other words, make sure you listen with a good pair of headphones.

The EP slithers into focus with a cinematic intro called "The Creation." Devoid of drums, it sets the tone for the ensuing experimental mayhem of "The Corruption," a glitchy half-time stunner with dry, distorted snares.

Next comes the screeching "Eternal Rain Descending," which features grime-inspired vocal samples and syncopated drum programming in a tip of the cap to Perez's drum & bass roots. SHADES tie a bow on the record with "The Last Judgement," a mind-bending coda that encapsulates EPROM's wholly singular approach to music production.

"The Dance Of Death is a continuation in our vision and sound as SHADES," the duo said in a joint statement. "Refining and pushing our experimentation in audio design."

You can listen to The Dance Of Death below and find the EP on your go-to streaming platform here.