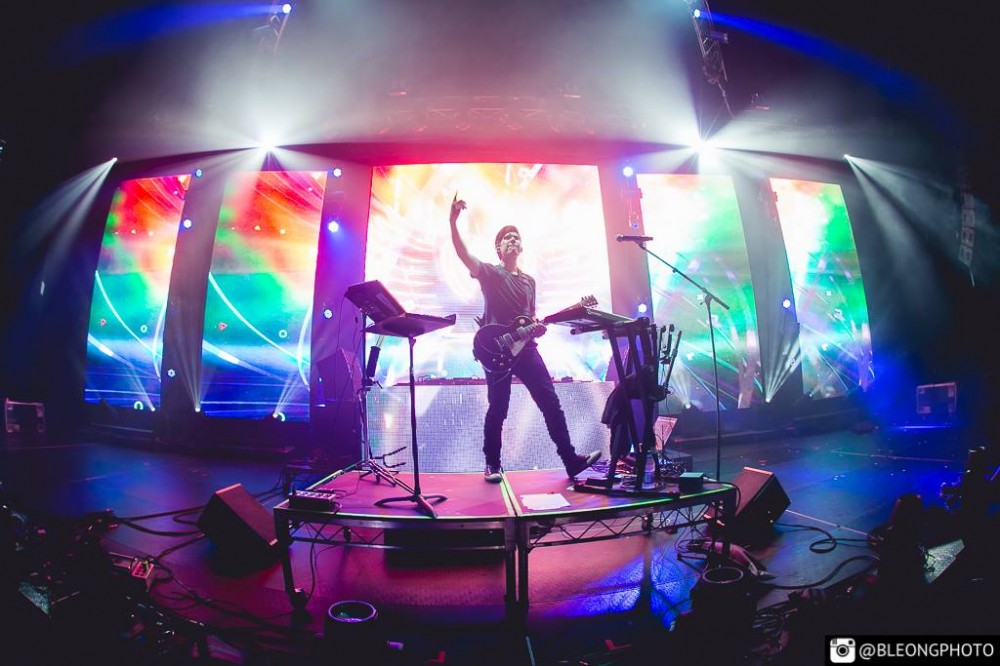 At long last, Gryffin’s debut album Gravity is finally here! Though fans have already heard a fair portion the songs thanks to the Gravity Pt 1 EP that dropped earlier this year, plus a couple more choice singles thereafter, there are still plenty surprises in store.

We invited Gryffin to break down the album track by track and explain what each means, why it is where it is in the tracklist, the experience working with the vocalist, or whatever else he had to say!

Play the album here and read along below.

I wanted to create an Intro to the album that felt big, emotional, and expansive to really embody the Gravity concept. This was incredibly fun to create because I was able to collaborate with an incredible composer, Max Aruj, and also recorded and tracked my own vocals on this record.

Gryffin & Slander – All You Need To Know (ft. Calle Lehmann)

I fell in love with “All You Need To Know” the first time I heard the demo because it sounded like a nostalgic dance anthem that evoked days when Swedish House Mafia and Avicii were breaking onto the scene. It was such a fun record to make, channeling those uplifting, nostalgic vibes that era but giving it an updated spin that felt true to the Gryffin sound. Bringing SLANDER onto the track was an incredible experience as well and it’s been amazing seeing the success the song.

“Need Your Love” is one my favorite records on the album because the collaboration process. Seven Lions and I worked together across a few sessions and became good friends throughout the process. I’ve been a fan his music for a long time and am super glad we finally got the chance to work together on something we both really feel is special. Noah Kahan is an incredible talent and hilarious dude. He brought such a magical vibe to the song and it was really cool working with him.

Gryffin – Tie Me Down (with Elley Duhé)

“Tie Me Down” has been out for some time, it still blows me away how loud the crowd gets at shows for it. This song has always felt very special to me and continues to grow each day which makes me so happy because all the time I put into making this record. There were periods time when I thought the song would never see the light day, but I’m so happy it did.

“Nothing Like You” was a record I wrote with Oh Wonder last year, and then during a studio session with DROELOE, we came up with a cool concept that really brought the song into both our worlds. The minute HANA cut the record, I knew she was the right person to finish the song with. She absolutely crushes it live, and I’m so proud how this song turned out.

“Remember” was one those songs that was created in maybe 1 or 2 sessions. The vocal is so anthemic and ZOHARA’s performance is so electric that I was super inspired from the get-go and cranked this one out so quickly. It was fun returning to a house sound when making this song as I got to revisit some old production techniques and sounds that I hadn’t used in awhile. ZOHARA is also an incredible person and incredibly underrated singer/songwriter.

“Body Back” was a cool process because after ‘Tie Me Down’ came out I got a message from Bebe Rexha saying she was a fan and loved the record. She ended up sending me the demo for ‘Body Back’ and I was floored at how catchy, yet emotional the song was. After going through a few different variations the record, I ultimately felt the best way to do the song justice was to return to my earlier melodic house days and create this uplifting, emotional dance track full energy. Super happy with how it turned out and the feedback on the song has been insane.

“Bye Bye” has been a staple in my sets for the last year, and Ivy is one my favorite people to have collaborated with. She’s just super positive and awesome vibes. This was one the quicker records to get finished, and it’s been a blast to see the song continue to resonate with my fans.

Gryffin – If I Left The World (feat. MARINA & Model Child)

“If I Left The World” has been a song that I’ve been working on for over and year, and was arguably one the hardest songs to finish. We originally had Model Child as the only singer on it as he wrote the original demo, but at the last second, MARINA heard the song and became a huge fan the song. I’ve admired her artistry for years so this was an incredibly surprising yet exciting opportunity to do a song with her. I’m super proud this one as I think it’s the most artistic record on the album.

Gryffin – Out My Mind (ft. Zohara)

After “Remember,” I asked ZOHARA if she had any other songs she was working on that we could do together and she sent me “Out My Mind” and I fell in love with it. I wanted to do something different than “Remember” but keep Z’s performance at the forefront. It was fun thinking outside the box on this one and working with Z again.

“Baggage” was a song I always believed in from the get-go and I think it’s one the cooler records on the album. Working with AlunaGeorge & the Gorgon City guys was an awesome experience and it’s been fun playing this one out live and seeing people grooving to it. AlunaGeorge brought the perfect vibe and energy to to this one and after being friends with her for several years I’m so glad we have a track together.

“Just For A Moment” has become a staple in my live shows and has been steadily growing. The song has so much emotional power to it, and was the first time I got to experiment with vocoder and other production techniques. This was a blast to make, and I can’t wait to work with Iselin on more in the future.

“OMG” was one my favorite experiences making a record yet as I’ve been a huge fan Carly Rae Jepsen’s for a while so to collaborate with her was an honor. She’s insanely talented and just a great person. It was fun working on such a light-hearted, fun vocal and I couldn’t think a better person to work on it other than CRJ.

Gryffin – You Remind Me (ft. Stanaj)

“You Remind Me” was the final song in “Gravity Pt. 1”, and I believe its a record that’s going to stand the test time. It has this nostalgic factor in the vocal/Stanaj’s performance that I just never get tired . It was really fun creating a song that felt straight out 70s/80s The Police but with an updated, dance music feel to it. Really proud this one.

When I first heard the demo for “Hurt People” from Dan Smith Bastille, I had a connection to the emotional backbone it. Once my manager told me Aloe was interested in working on the song together, I responded got super excited as I’ve admired his work for such a long time. He’s an incredible performer and vocalist, and it was such a privilege to work with him on the song.

Gryffin – Nobody Compares To You (ft. Katie Pearlman)

Finally, “Nobody Compares To You” seemed like the perfect song to end the album as it’s one my favorite songs I’ve ever made, and also leaves fans with a meaningful message. I’ve loved this song ever since I began working on it, and still feel it embodies so much what my music is about so I felt it was fitting to end the album with it.