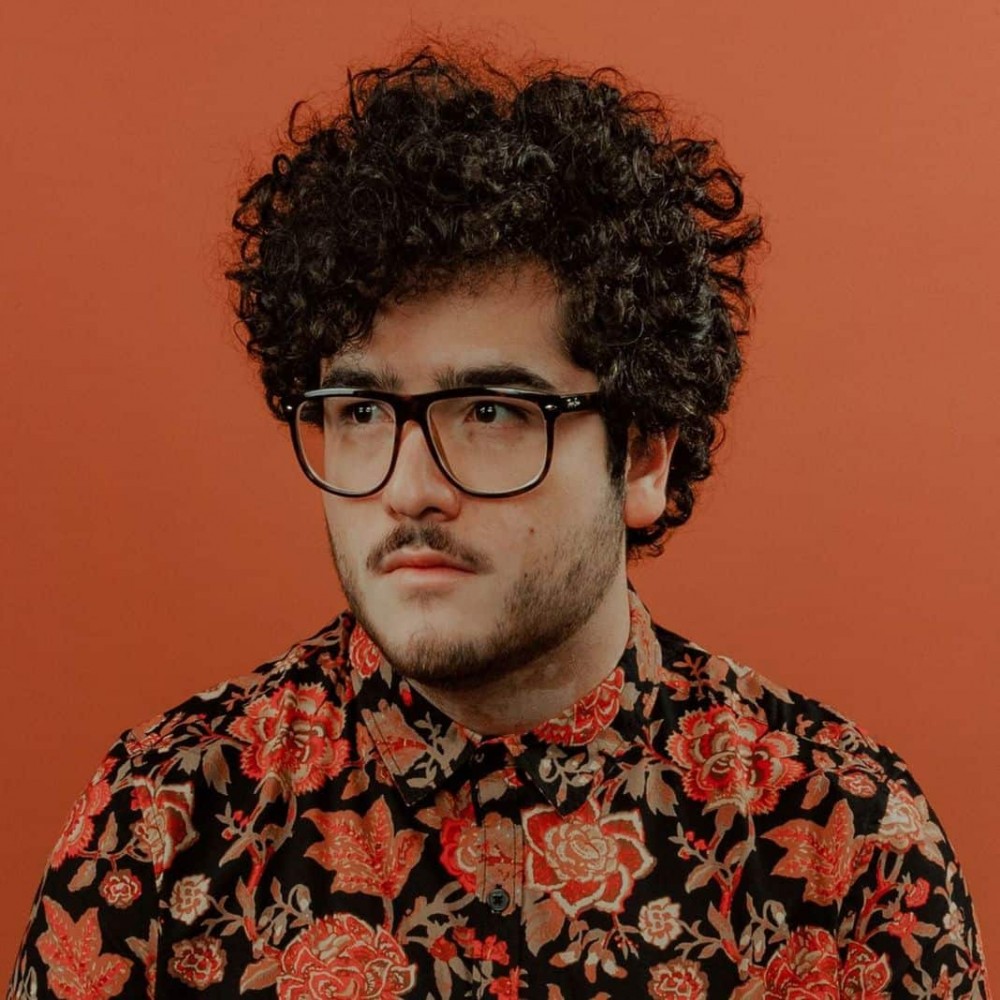 Anyone who is anyone in the realm has probably heard the always hard hitting and awe-inspiring artist known as Boombox Cartel. He has been such a long standing figure in the EDM scene and continues to push the envelope with everything he's been putting out. It's awesome to see how he's been able to break the rules completely time and time again while also still able to maintain the style and bass music feel we have always known and loved from him.

At Boombox Cartel's “Cinco Mode” headline show last weekend at Avant Gardner in Brooklyn, NY I had the pleasure interviewing him. We went into depth on not only his music but his thoughts on the scene itself and where it stands today. We also dove into important current topics such as mental health in music!

-So how is everything?

-You excited for the show tonight?

“Really excited, I was support for RL Grime, one my good friends, here not too long ago and it's one my favorite places to play on the east coast in general. It's really cool now how promoters are allowing me to do my own show here.”

-How many times do you think you have played in NYC?

“I played the Bassment at Webster Hall a bunch times and then also Playstation Theater I think for one those small festivals they have here. I don't really get to the east coast that ten to be honest, a lot my shows are more in the South, Southeast like Florida and all that.”

-So you've obviously been working hard touring and releasing a lot new music, most it recently being on the more pop dance, hip hop side the music spectrum. How do you think your fans have been reacting to the new stuff and how do things feel at your shows?

“Well with the shows I've been bouncing between two residencies right now, I have one in Las Vegas and one in Atlantic City and on top that I'm also doing my own ‘Cell Tour' shows. So I'm trying to balance four styles shows at the same time. For example this past weekend I did the ‘Cell Tour', today I'm doing ‘Cinco Mode' which is like my own festival and then back on Monday playing at a club in Vegas. I'm trying to keep them all separate, you know I'm obviously not going to play an all r/trap, xtrill set at Marquee in Vegas but I will play that stuff at my own shows. I just really want to keep a balance between all that and it's the same with the music I'm releasing. I've been working on so much music, I not only do EDM. I've co-produced for Nick Jonas and I love experimenting with EDM and it's really cool but there's a lot a coolness factor behind EDM where you can make something really smart and unique and then just put it out. People would be like ‘oh what is this' but now its like people want a brand behind everything. I'm not trying to do that, I'm just going to put out a good song. If it's underground then its underground, if it's pop and good vibes then I'll put it out. My fans are so nice about it, they really do let me have the freedom and allow me to release whatever I want.”

-Going f music and the scene we're currently in, what are your thoughts on whats been going on today with EDM and everything?

“I kind feel like EDM is in a weird place, there's always like two artists popping f at different times on the same sound, but again that's just EDM. That's what we're here for and it's just really how it goes and that's fine. We're all really just trying to figure out who is the next artist up in dubstep or who will be the next for instance. So, being how things are today, I like working with a ton people and getting them out their comfort zone. It's not that I'm doing specifically pop, its like I want to get a pop dude to do some EDM or vice versa. Again the goal and what I'm on is to just bridge all different kinds music and try a bit everything.”

-Back into the new music, what exactly do you have coming up in the near future as far as that goes?

“I recently put out the Karra record which has been an ID for a minute. I really just did that for the fans and it actually turns out a lot people in Japan have been asking for that. I did a song with Bad Bunny and Tory Lanez and it was a straight up summer anthem, like top 40 kind single but it worked out. The original producers that track, Breakfast N Vegas, are good friends mine and they're like ‘yo we pre-released this song awhile ago it was called “Give It Up”, we just want to reimagine it and want to take it like full on EDM or make something in between' so I teamed up with them and then kind reproduced it. It was a good opportunity with some good people and turned into something pretty new. I also got in the studio with MadeinTYO and made some dubby, trappy kind stuff and I kind got him out his comfort zone. I convinced him to do the song but it was pretty tough cause he just generally wants to make hip hop/rap. We did it though and it just recently came out so yeah really what it comes down to is me experimenting. I think it's a great time to experiment and I don't want to put out the same record over and over again, like ‘Whisper' I only want there to be one ‘Whisper', I only want there to be one ‘B2U', I only want there to be one ‘Jefe' so that's it I just want to keep expanding my sound.”

-So I want to know more about your process creating a song, for example on that Karra track you made. How did that come about, what went into it?

“Yeah she was super easy to work with, it started with a center 4 chords, just got the skeleton the song first and then the hook inspired the drop and then that's really about it. It was kind like a two step process. I sent it to her and then she came up with something else that eventually inspired the track even more. It also happened all online, which was the same with my single ‘Whisper'. I never really met these people in person before but they just DM me and they send ideas over which is super cool. It's hard now though because sessions these days are pretty quick, you get into a session with someone and it's like I'll email you something and then peace there really is no time to properly create. With online it's crazy cause we're across the world, we're so far away and our schedule is so messed up sometimes, but you really just take it how it is and listen to what the artist was thinking with their ideas and see if there is somewhere it could go.”

-The present music scene has been pretty all over the place as I'm sure you can agree, but what are your thoughts on music as a whole and how do you think things are evolving in the scene today?

“Yeah man again it's a weird place, we're only going to find stuff out by trying different things, and I want to touch on the subject real quick. He was trying to do something fresh and different and he got pushed to the side, he got bullied in a way and it's so sad. I personally don't know him that well but I know he was experimenting on the Youtube side, he was also experimenting on Vine, he's really been everywhere so he wasn't really doing anything different than how he usually does it in the first place. He was just trying a different sound and trying to take it somewhere else, but it's such a weird situation today. I hope he's doing good though.”

-Going f that, what are your thoughts on the mental health our musicians in the state it's currently in?

“It's tough man, I mean I even struggle with it a lot sometimes. I could play this show tonight and then I could get 100 tweets saying ‘dude this was amazing' and if I get that one tweet that says some negative stuff that will literally destroy my whole week. It would seriously shut me down so I try really not to go online anymore. I tend to stray away from reading comments, but then again sometimes I befriend some fans who are really supportive and they DM me and they're like ‘yo some people perceive this song a bit differently but I think it's pretty cool, heads up don't go on r/trap' or like ‘heads up don't look at what the blogs are saying'. I can count on those true fans to help me out, but yeah it's tough especially now with all that social media has and the attention its been getting.”

-Do you have any strategies for aspiring artists to help them better deal with their mental health in today's social media driven landscape?

“Social media can be tough, there could be 10,000 comments and then 1 bad comment and then you immediately hate yourself. That's literally it and it really just takes one, it could be the best thing in the world and everyone could be having a blast but if that one person took something the wrong way then all the excitement is gone. It hurts for sure but you got to be tough, the bullies can only make us stronger.”

-So festival season is coming up, which one are you looking forward to the most?

“I think EDC Las Vegas and Lollapalooza, those are really at the top my list right now. I'm really focused on trying to go big, figuring out a way to make the most noise and do something huge is really where I'm at. Last time I played at Lolla was 2 years ago so looking forward to being back there this summer, I played right before Mac Miller. Obamas daughter was also on the stage and secret service was all over my green room. I couldn't even get in it cause there were people everywhere all suited up. Also don't think they were that ok with the name Boombox Cartel, but yeah I had a blast it was insane, crazy show, definitely excited for the summer.”

-One last question, which artists do you look up to today and who is inspiring you?

“There's definitely a few that I follow. I really like what Eliminate is doing, also this artist Great Dane, both those guys are definitely keeping the bass scene alive. I also want to say Moore Kismet has been killing it recently, so young but also so talented. Another one would be Billboard. So yeah, I mean there are so many artists out there doing awesome things today it's great.”

What an honor it was to interview an artist that I, and I'm sure many others, have looked up to for some time now. You can obviously tell that he has so much in the works and there is a lot good music to come. This dude truly has the world in the palm his hands and rightly so being that he has been working so hard. I'm sure his fans and everyone else in the scene are keen to see where he will take the project next.

Also turns out that Boombox Cartel just dropped a new song with the one and only MadeinTYO. It combines some heavy and dazzling bass/electronic work with some scintillating hip hop. Make sure to check that out below!