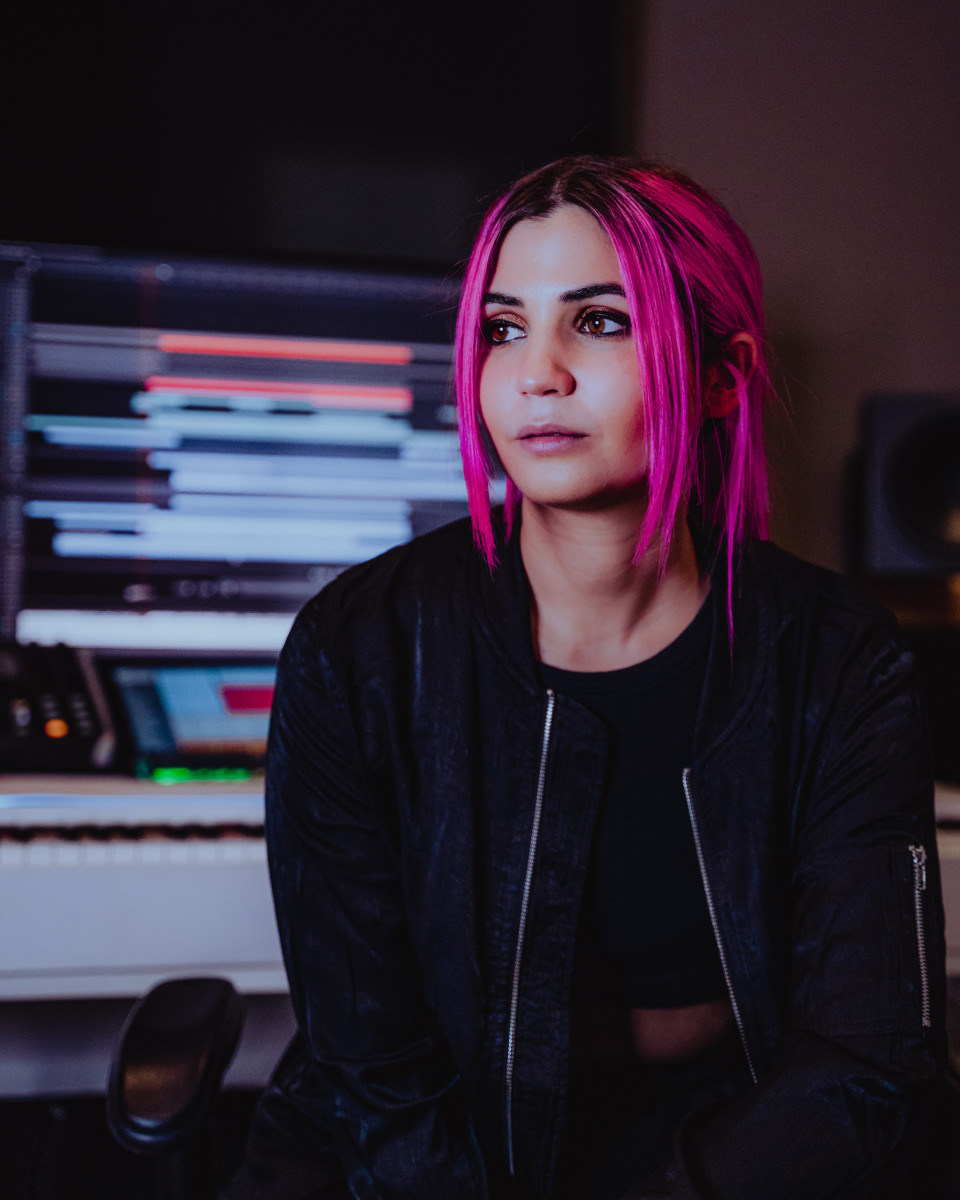 Not many electronic artists can say they've contributed vocals and music production to projects like Captain Marvel, Wonder Woman, American Horror Story and Batwoman. Even fewer can say they've written the music for an entire television series.

But for Tori Letzler, also known as TINYKVT, it's just another day in her studio. Her latest synth-heavy work, for which she composed the score, is about to premiere on Netflix.

In From The Cold is a sci-fi thriller series that follows an American single mom and shape-shifter, who also happens to be an ex-Russian spy known as "The Whisper." But once her past is discovered, she must exchange her retirement for secrecy.

In her score, Letzler worked to take both sides of this main character into account: her grit and her femininity. Inspirations included 90s industrial music and a Russian folk song, the latter of which became the basis of a lullaby that plays during a prominent cornerstone of the series' story.

"Being so involved from day one, it really allowed me to develop a strong sound for the show and feel connected to the characters," Letzler told EDM.com. "Show creator Adam Glass fully allowed me to lean into my love for that 90s industrial sound whilst also utilizing my vocals in a really unique way."

The project also provided an opportunity for Letzler to dive into technology, like analog scoring with Eurorack and sting-vocal processing. "It was an incredibly special experience," she added.

While In From The Cold isn't set to premiere on Netflix until January 28th, you can listen to its eerily ambient main theme, "Lullaby," below exclusively via EDM.com. You can also check out an additional song from the series, remixed by Letzler's EDM moniker, here.