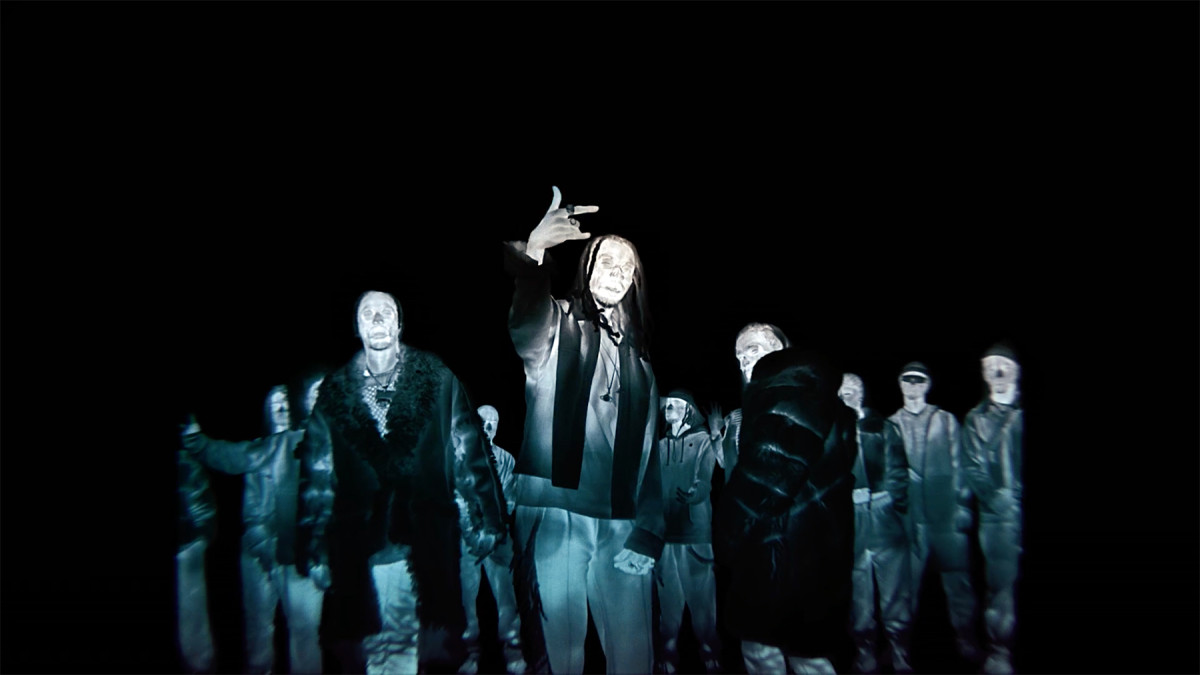 The dynamic production sees interplay between heavy, methodical hip-hop drums and purifying piano interludes, offering interspersed moments of lucidity in an otherwise mind-bending arrangement. As the air clears, Zombie Juice and Meechy Darko seal an impression with the song's hook, lamenting "My, oh my, I’m just tryna catch the vibe. I’m just tryna live my life. All we know is sacrifice."

The single arrives with an equally haunting music video to match. The "Afterlife" video directed by Arnaud Bresson is shot almost entirely with an x-ray style lens. Achieving the right imagery proved a challenge—according to Bresson, there is no technology in place to safely film in an x-ray style today. The style was instead achieved through effects applied in post-production. The video was filmed pre-pandemic and took over four months of tweaks to bring to fruition.

Flatbush Zombies connected with James Blake after Erick Arc Elliott of the trio reached out on Twitter. The online conversation ultimately led to the artists connecting in person after a Flatbush Zombies show in 2018, and "Afterlife" is the product of a series of studio sessions that followed.