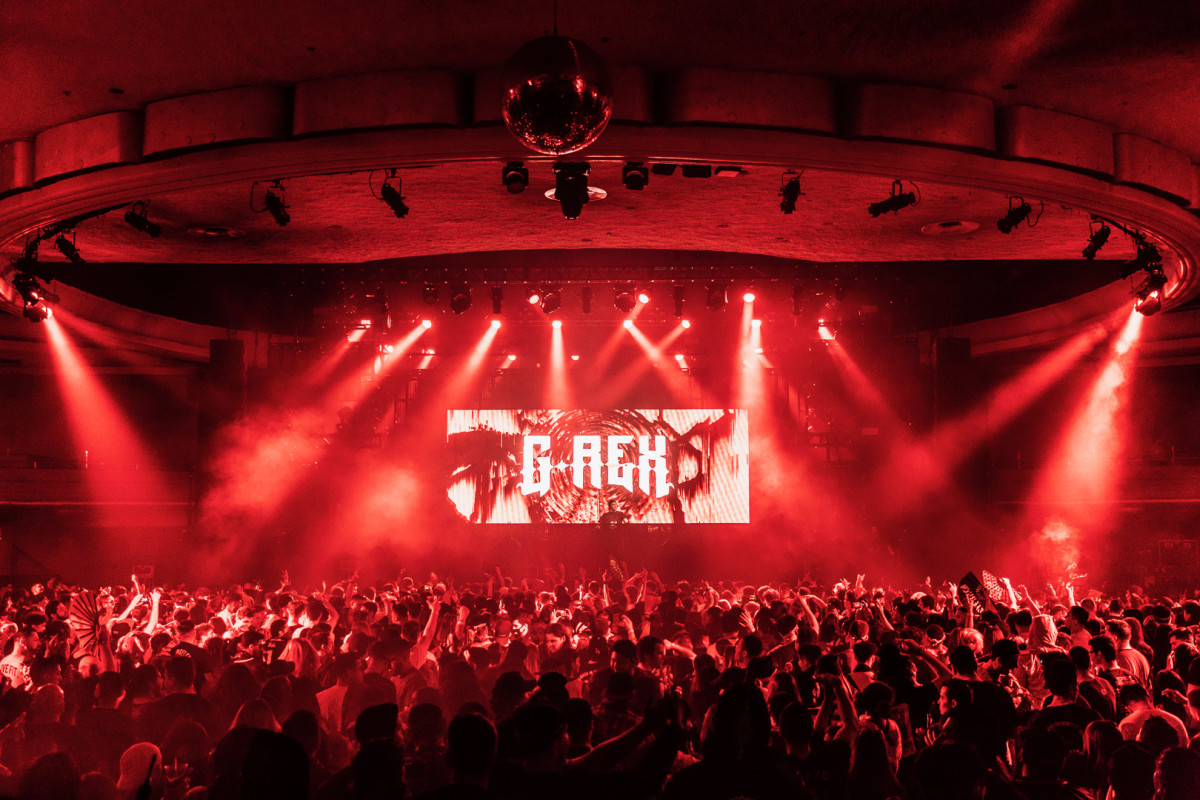 With October comes Halloween and with that comes the spooky art this time of year inspires. In an ode to his favorite month, Wakaan heavy hitter G-REX has unveiled his latest single "HITTA," yet another sonically evolved track for his always improving catalogue.

Although the origins of G-REX date back to 2015, the last two years have taken the Detroit native out of his bedroom and across the globe to play some of the biggest stages in electronic music. Now heading into October, G-REX has released one of his most anticipated unreleased tracks, “HITTA.” It's the lead single off of what will be his third EP, HALLOWS, which showcases an impressive lineup of collaborators including Hydraulix, Afterthought, and Project Pat from Three Six Mafia.

"HITTA" kicks off with a familiar dark aura with frayed percussion, sirens and laughter accents, which combine to lend to a spooky sonic environment. Whereas past singles pungently build, this new offering slowly rumbles to life. 30 seconds in, the listener is hit with a thick bassline that cements this hauntingly slow style. The drop comes a full minute-and-a-half in, where wonky and experimental bass are unloaded in aggressive fashion.

"HITTA is definitely one of my favorite tracks I’ve ever made," said G-REX. "I feel like it is the next chapter in my musical journey kind of the same way "Rift" and "Ladi" were in past EPs. I think it does a good job really tying in the rap, horror, and experimental influences of mine all together."

The Hallows EP is set to drop in full on October 30th. Stream the EDM.com premiere of "HITTA" below.