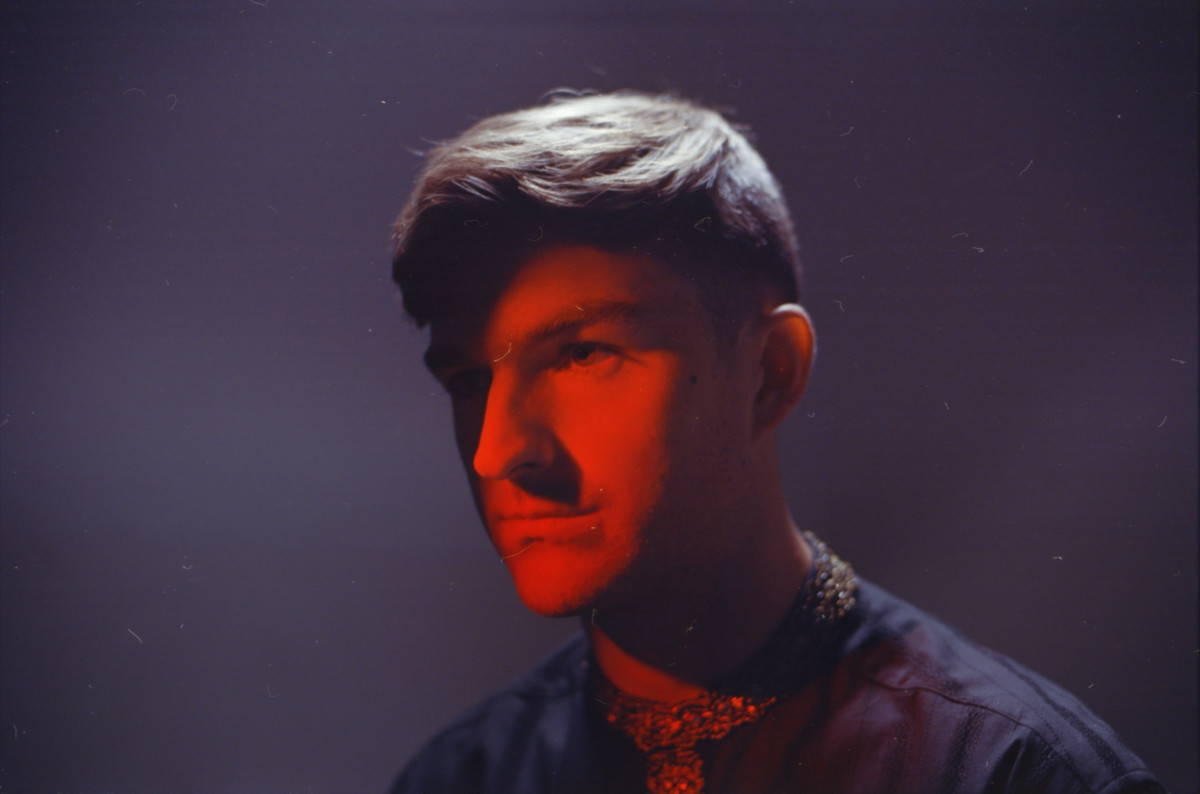 Within the scope of electronic music, there are producers, and then there are producers: artists, really, whose motivations fall neatly in line with a fascination with sound design, a hunger for sonic exploration and—most importantly—an enchantment with music and its creation.

There is perhaps no finer example of the latter than Danish-born artist Galimatias, 29, who, for the last five years, has relentlessly worked to refine and expand his toolbox of music-making skills. He even moved to Los Angeles in 2015 to "focus on [his] craft" following the breakout success of his debut EP, Urban Flora, with Alina Baraz. The resulting music culminates in today’s release of Renaissance Boy, a sophisticatedly arranged and aurally effortless debut solo album crediting Galimatias for the first time not only as its producer, but also its performer and writer in nearly every aspect. It includes only two vocal features, both on the same song, and a handful of contributing instrumentalists.

"It reveals a lot about the approach to which I’m attacking my own music right now, which is just this very impulsive mentality,” Galimatias revealed to EDM.com. “Always being aware of not getting stale, not doing the same thing over and over, and always trying to look toward new avenues of expression or exploration.”

Renaissance Boy reflects on this process, he added, inspired by the idea of the “Renaissance man,” who he defines as a “master of everything.” With its concept rooted in deeply introspective, evolving soundscapes and brutally honest lyricism, Renaissance Boy acts as a humbling reminder of just how much work Galimatias believes he still has to do to become a master of all his talents, whether that’s in the scope of music, relationships or self acceptance. Delightfully hard-to-define synths in the album’s midway track, “Wonder,” or the previously released “Let Go,” suggest this endless, childlike pursuit of understanding might not be a bad thing.

“If you just create an environment of experimentation and set some parameters that can result in some sort of sound that can surprise you, then inspiration can come out of something you maybe hadn’t expected,” Galimatias explained. “I remember back in 2016, I would go weeks sometimes where I wasn’t making any music because I wasn’t thinking like that...That can be the catalyst for something new.”

While he might not describe himself as a master, Renaissance Boy certainly suggests otherwise. With a short discography including Urban Flora and several one-off singles, such as 2017’s surprise hit “Blowback,” Galimatias surfaces time and time again with an effortless understanding of how to add rhythm, motion and drive to songs without compromising his soulful, laid-back R&B influences. “GPS” featuring Bas, a signee of J. Cole's Dreamville imprint, and Xavier Omar, for example, easily incorporates the vocalists’ high-energy flows and velvety tones with Galimatias' brighter, more soothing singing style and under-the-radar synth ornaments.

Even more striking about Renaissance Boy than its individual songs is its expressive energy as a whole. Its 31 minutes and 11 seconds are truly meant to be listened to front to back, Galimatias said, with its tracks meticulously built and then re-built to flow seamlessly all the way through. In our interview, he referred to each song by its name and its order in the album, describing how he started with chord progressions before moving onto songwriting and arranging.

“You take those songs from this album out of context, I feel like they aren’t the same,” he described. “Close your eyes...Let these sounds set the stage. Then I promise to direct a cinematic story in your mind,” he added in a social media post.

Listened to in this way, Renaissance Boy’s standout moments change from songs to song sections or even groups of tracks. The first two tunes, “Intro” and “Redeye,” for example, use the same sonic elements, such as an ambient sample recorded during a trip to Costa Rica, and are really meant to be together, Galimatias said. “Redeye” then bleeds into “Boy Hachi,” a monologue spoken by an unnamed woman in Italian, before transforming into “Sly,” his favorite point in the album.

“There’s a section right before the drums come in—at 1:28/10:58 continuously—that’s built on just a ton of different sample sounds that are coming from different sources,” Galimatias said. “They come together as this kind of undefinable, just concoction of different rhythmical, even melodic, bits.”

The album concludes with a four-song evolution from “Sinner” through “Everytime.” Moving through a blossoming arrangement of rhodes piano, strings and vocal reverb in “Sinner,” this turning point in the album emotes a sense of quiet contemplation and self-examination. Galimatias' voice disappears from the sample-laden “Everywhere” and the stunning orchestral piano arrangement “Room 332.” He finally returns in “Everytime” to close out the album with a light flourish of brass instrumentation and a peaceful lyrical look to the future, setting the scene for what’s to come, which, according to Galimatias, includes three new singles due this year. One, titled “Laying Low,” is promised to be an “introvert’s anthem.”

“The fact that this process was so fun to make and so rewarding to make suggests to me that that’s something that’s worth exploring further,” he said. “I’m just feeling very inspired with this project as a whole, and I just hope I can keep on doing that and keep having fun with it. As long as that’s the case, then that’s exactly where I want to be."