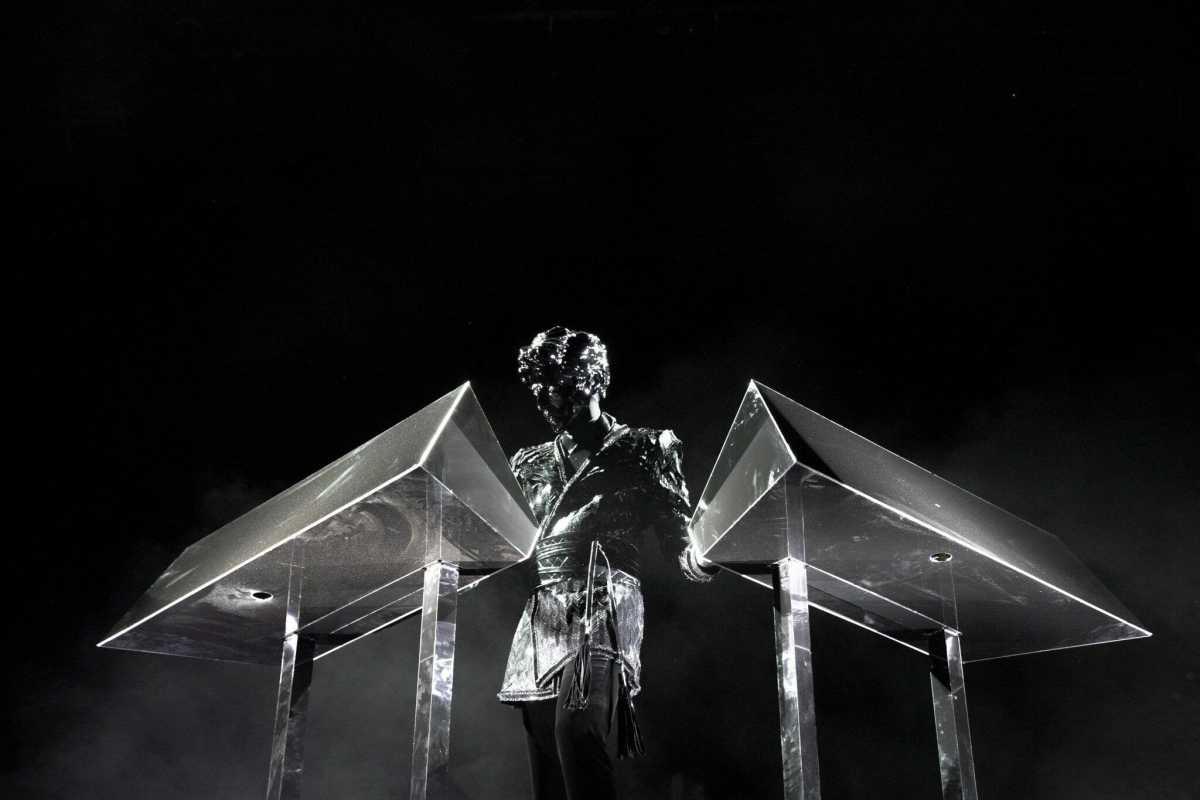 KayCyy is feeling at ease in his new single "OKAY!" produced by the enigmatic Gesaffelstein.

The Frenchman returns with his first production credit since his contributions to one of the most high-profile albums in recent memory, DONDA by Ye (formally known as Kanye West). Always one to make a larger-than-life impression with menacingly dark sonics, Gesaffelstein doesn't disappoint.

Gesaffelstein's raw and grungy bassline steals the show on "OKAY!," completely leveling anything in its path on the low end. The energy finds its complement in a deliberately snaking analog synth melody. The winding sequence is enough to get stuck in one's head much like KayCyy's positively affirming lyrics, which echo in an ethereal cocktail of reverb and delay.

Appropriately enough, the track's music video looks exactly as the song sounds. The "OKAY!" music video similarly sees a glowing KayCyy filing in and out of the depths of a black background otherwise completely devoid of light. The swirling, glimmering images of KayCyy aptly capture the contrast of the artist's uplifting lyrics in an otherwise ominous sonic atmosphere.