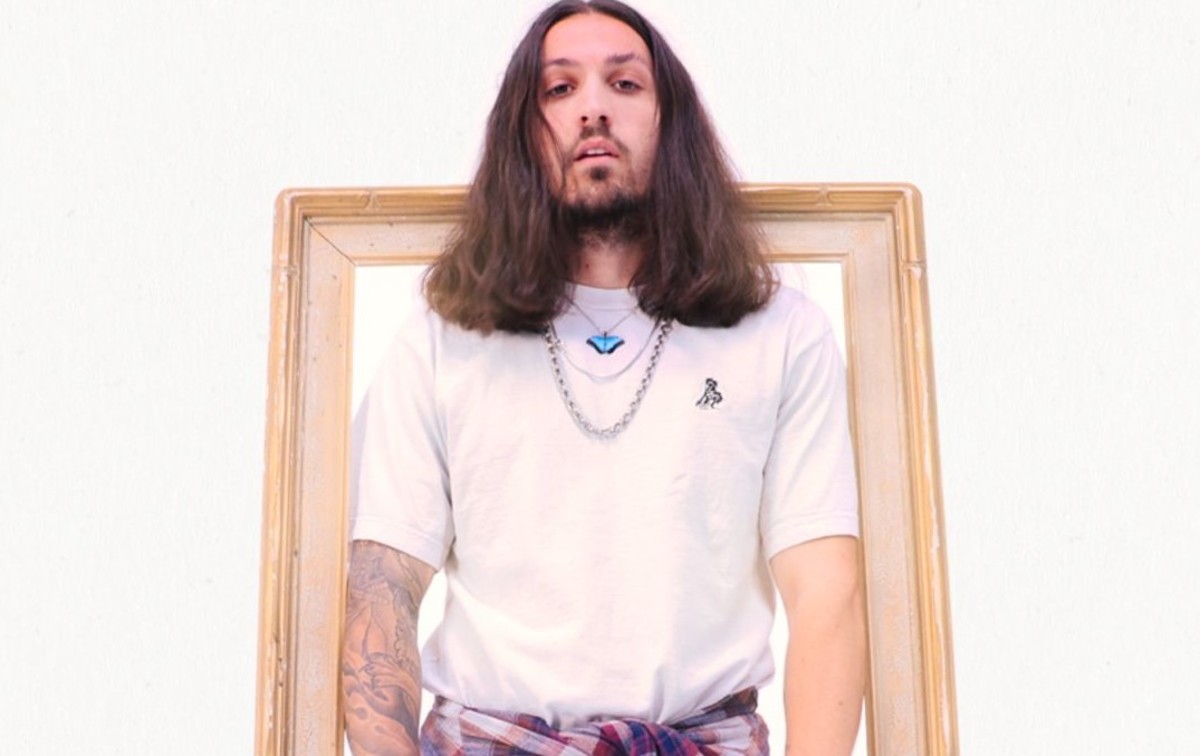 After months of singles and tantalizing teasers, Grabbitz's hotly anticipated third album has finally arrived by way of Hopeless Records.

Time Isn't Real is masterful and innovative, as Grabbitz's decade of experience pioneering the fusion of rock and electronic music has further opened his own clear-cut lane. Throughout each of the 12 tracks, the Buffalo-born artist effortlessly weaves between unpredictable soundscapes. Gritty, gut-wrenching guitar riffs can suddenly be swooped up by dreamy moments, ultimately adding to the mystique of the record.

Some of the most impressive tracks on the album are the already well-received "Pigs In The Sky" and "Pain Killers." Both tunes embody the message, feel, and sound Grabbitz has long embraced, providing longtime fans with what could be their new favorite tunes. "Teleport" and "Comedown" arrived as a two-sided single and remain a powerful tandem.

The new songs are just as stunning, though. Grabbitz has tapped Australian producer EDDIE for "87 Seconds," a rumbling showcase of both of their undeniable talents. Both of the Bad Lovers Club collabs, "Wolf Dressed Up As A Sheep" and "Dying To Know You" are similarly highlights on the LP. Making use of distorted guitars and vocals, each of the tracks leaves a distinct lasting impression.

Listen to Time Isn't Real below.