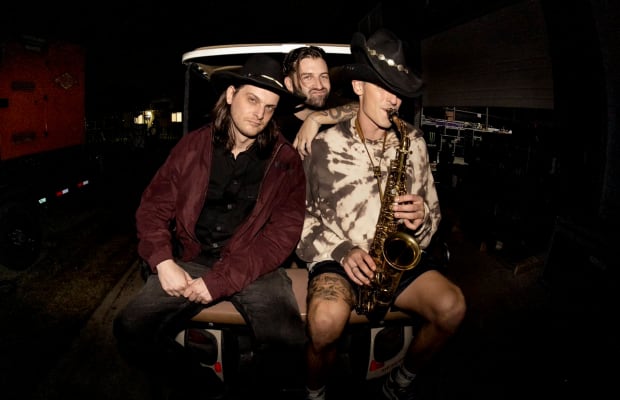 The debut GRiZ and Zeds Dead back-to-back set was fireworks from the very start.

Taking the stage at Goldrush Music Festival in Arizona over the weekend, the trio of artists lit the match with an incendiary new collaboration.

Fans had hardly gotten the chance to get their feet planted when they were prompted with a question from the stage. Immediately preceding the drop an inquisitive audio sample can be heard, "What is something people are not ready to hear?" Amusingly, a robot-like vocal responds, "GRiZ and Zeds Dead," as a flood of lasers descended upon the audience to the sounds of unearthly, distorted basslines and soaring falsettos.

The set quickly got social media buzzing, and both GRiZ and Zeds Dead seemed left genuinely blown away by the crowd reaction as they reminisced on Instagram and Twitter. "Dream come true right here," GRiZ said, retweeting the opening clip.

GRiZ also noted that Goldrush would be his last festival appearance for the next several weeks, which hopefully leaves him ample time to polish up this collaboration while it's still hot.