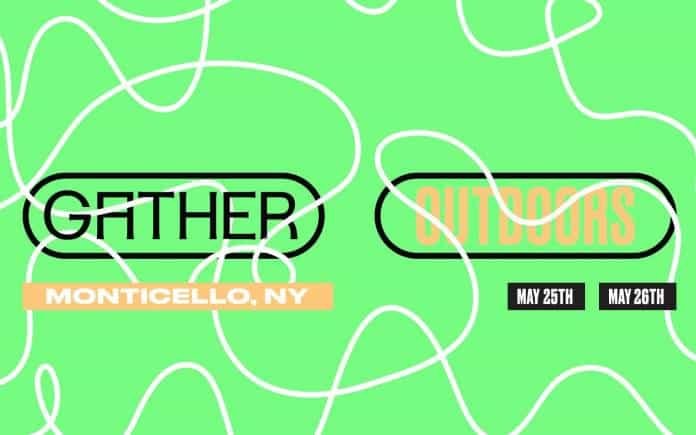 New York City's techno & house juggernaut Teksupport are bringing themselves into the Catskill Mountains this Memorial Day Weekend with the 1st edition the Gather Outdoor Music Festival. With 2 jam-packed days some the biggest names in the techno & house scene, we decided to pick 4 sets from each day that are a must-see for us on our journey to the Catskills on Memorial Day. Check out the list below and make sure to get your Gather tickets before it's too late!

Fans minimal techno legend Robert Hood are surely excited to see Floorplan – the father-daughter duo Robert and his daughter Lyric. Floorplan will bring an uplifting gospel-inflicted house set that is surely going to have a packed dancefloor.

Son Israel, proprietor record label ‘Disco Halal’ and an increasingly influential figure in alternative club culture over the past few years, Moscoman has long been dancing to the beat his own drum.  The musical boundaries Moscoman have long since blurred, effortlessly bridging the gap between new-wave, house, techno, trance and a sound increasingly all his own.

Francesca Lombardo has cultivated a sound her own, one that represents her multi-disciplinary musical background and transcends the dance floor an emotional narrative dreamy soundscapes, stirring melodies and hypnotic rhythms. Expect some deep minimal techno goodness from this Italian born star.

Matador is a revolutionary live artist with a shining reputation for versatility, whilst never compromising on quality. Matador’s breath-taking explosive live shows result in packed crowds and an equally packed touring schedule.

What else can be said about headliner and house music maestro Marc Kinchen, aka MK? Dominating the club and radio waves since the early '90s, I'm sure MK is going to bring us back to the roots house music with a jammed pack set that personally is my #1 must-see set the weekend.

The term ‘legend' is ten thrown around willy nilly in the dance music realm, but Mr. G, aka Colin McBean, is one the few who can rightfully lay claim to this accolade. Having been in the game for around 2 decades now, Mr. G is widely considered to be one the most under-rated artists about, and he will be making his US debut on Sunday, so I mean it's a no brainer.

Jamie xx established himself as one the most forward-thinking beatmakers and producers in the electronic realm. His brand U.K.-garage-inspired club music is something that you don't get much in the US, and he is the absolute master it to boast. One the recognizable names in the industry, a Jamie xx live set is something that is rare and not worth missing.