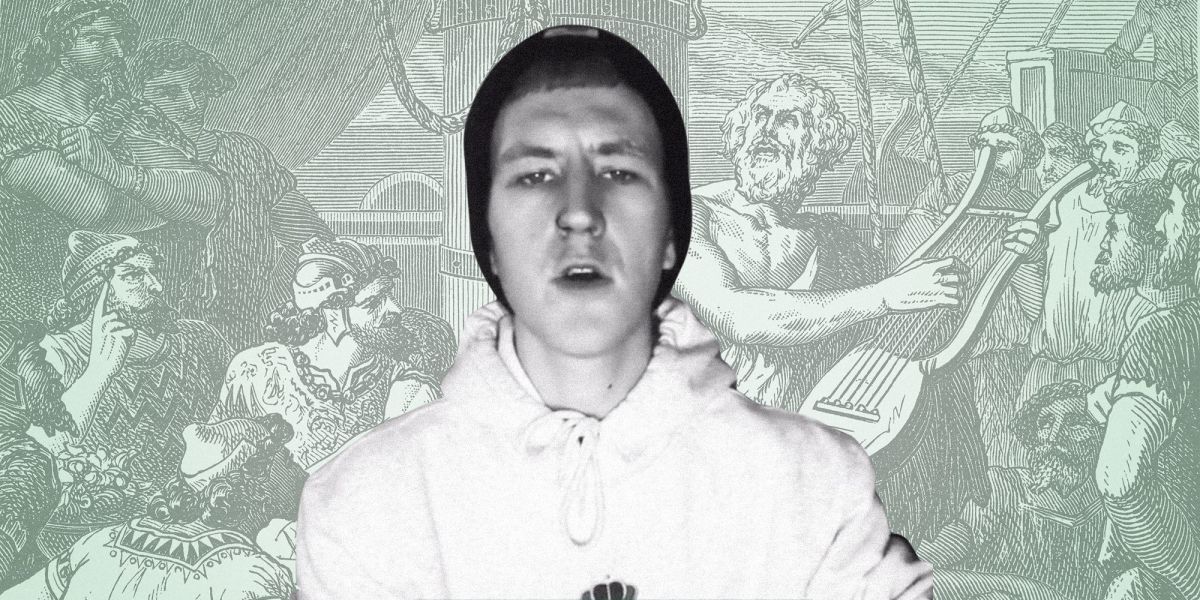 Because nothing should surprise you at this point in the post-apocalyptic digital hellscape of content shoved down our throats in 2021, sea shanties have exploded on TikTok.

Yes, the ol' hymns chanted by 19th century pirates and barnacle-scrubbing, drunken sailors have found new life in a social media platform dominated by prepubescent teens. After a Scottish man named Nathan Evans posted his renditions of "The Scotsman" and "The Wellerman," other TikTok users sang their own versions and stitched them together to create a chorus. Due to the collaborative nature of the songs, the trend erupted on the platform and mutated into what is now referred to as ShantyTok.

Eventually, EDM found itself in the crosshairs of ShantyTok. A music producer and TikTok user named ARGULES has flipped "The Wellerman" into a thumping dance track, and it's actually a banger. The young beatmaker managed to encapsulate the singalong nature of the viral Scottish ditty and bottle it in an electronic jam, which he has dubbed an "electro-shanty."

Fans of this bizarre trend can probably expect more music like this in the weeks ahead after Evans announced that he's working on a 5-track EP of sea shanties.

Check out ARGULES' remix of "The Wellerman" below via YouTube.