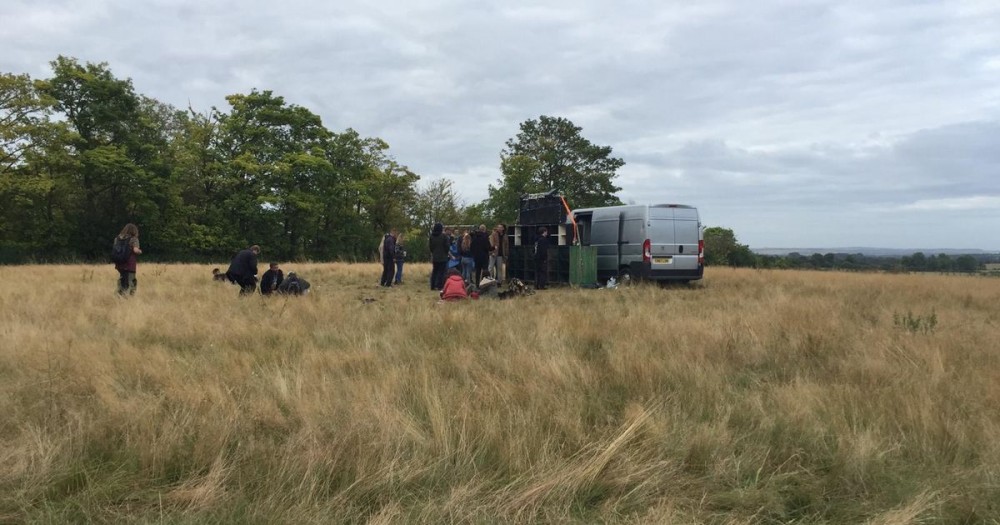 The aftermath this illegal rave that took place in England may not look like much — but it reportedly kept many nearby residents awake into the early hours.

The event, held this weekend in South Cambridgeshire, was busted around 1:20 am Sunday morning. However, police were unable to completely break up the party due to lack resources. Instead, revelers raged on as police monitored the outdoor rave all night long.

According to the report, hundreds people were woken from nearby villages Great Shelford, Little Shelford, Sawston, Newton and Harston. Even villages further f, as far as Waterbeach, could hear the sound system blasting into the night.

That’s not even the worst part. The residents claim the ravers were blasting terrible music.

One said: “Bloody hell, I’ve not heard rave music this bad since the 90s. Woken our entire house in Little Shelford, too. Couldn’t work where it was coming from.”

Another frustrated resident, who lives in Stapleford about two miles from the rave, said: “I’ve always tried to keep an open mind about illegal raves, after all young people ten lack the financial means to release the pent up energy being young.

“However looking at the photos on your website I can’t help thinking if they turned the volume down it might not have been a such a sorry little sausage fest.”

The rave was finally shut down at 11 am when it started to rain.

Surprisingly, no arrests were made. Police ensured nobody drove under the influence.

Police have since released a statement: “We recognise that spontaneous events like this have a significant impact on the local community. This is the second time in recent years that that this location has been used as a rave site. We will work with the landowner to fer support and advice to prevent any future illegal events.

“In the past 18 months we have successfully prosecuted an event organiser for arranging a similar event.

“So if you are reading this post and planning a rave –think again — your equipment could be seized and you could find yourself in court.”