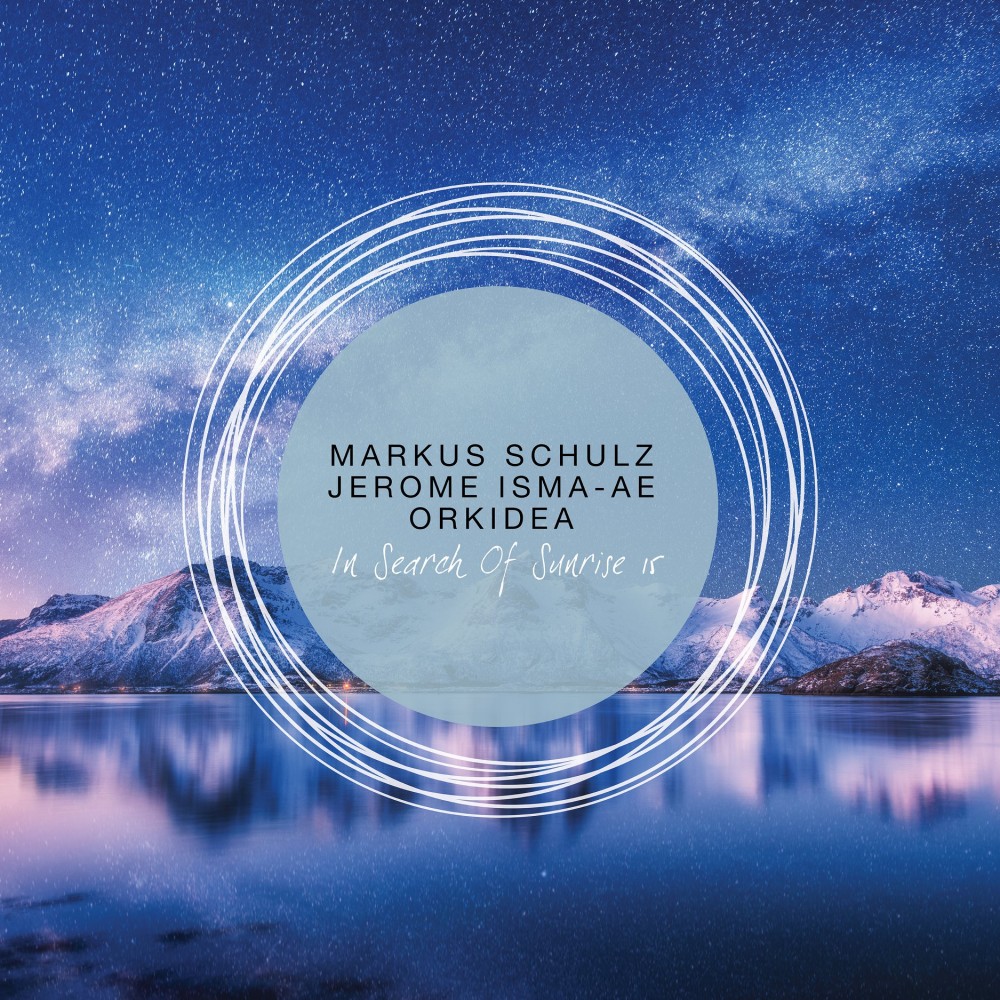 Outta-nowhere, last year’s surprise ‘In Search Of Sunrise’ caught the trance scene at large with a classic ‘gotcha’. Cloaked throughout its production, “the greatest trance series them all”, hailed by most, sprang back from the release wilderness. While it’d received a new triple DJ/mix reshape, what hadn’t changed (lest it needs saying!) was its greatest characteristic: ISOS' inimitable musical identity.

Born more instinct, sense & feel, as opposed to anything as palpable as style, tempo or arrangement, ISOS has always required a very specific type handler. A DJ either natively has ‘the right stuff’, or never will. Even then its mixers still have to click themselves wholly & completely into that sunrise-searching state mind.

Returning after last year's triumphant showing, Markus Schulz again assumes responsibility for its opening mix. Taking over the middle disc spot is Jerome Isma-Ae, while Finland’s Orkidea brings his ice-cool nous to the third. As ever, the release holds a spyglass to the mixers’ own release horizons. Alongside is music from a galaxy ISOS-clued producers – Ferry Corsten, , Paul Oakenfold, Solarstone, BT, Giuseppe Ottani, Jam & Spoon, Yotto and Henry Saiz among them.

In many ways, ISOS’s musical ethos is a paradox. Chilled yet with a unique energy, never too ‘up’, never too ‘down’, balance it's absolutely essential, its new format requires its DJs – each with their own identity – to work as one. No small ask, yet miraculously, this year as last, musical alchemy’s occurred.

All that being said, ISOS has changed one aspect for 2019. Its fifteenth musical quest has broken with its well-established release tradition, picking up an autumn spot. Notably, along with its November 08 release, it’s also adopted a different aesthetic. Cooler, yet more refined musically? You decide. But in terms ways to wrap up your 2019, you could hardly ask for more.

Established the thrall-like open-till-close session, Markus Schulz is able to access his deeper nature at will. With his ISOS-head on, his disc brings an expertly mixed cross-section his own recently finished music, collabs, and on-approach Coldharbour material. You’ll also find the finest autumn’s desk-fresh audio and a couple 2019’s most quickly established anthems for extra measure. From his own locker are the just-completed scene-setter ‘Bells Planaxis’, as well as ‘Sunrise Over The Bay’ and his first Talla 2XLC teaming, ‘Mainhattan’. There are also In Search Of Sunrise themed remakes recent smash ‘Ave Maria’, the timeless Paul Oakenfold/Carla Werner classic ‘Southern Sun’ and others.

Jerome Isma-Ae’s ‘Search’ likewise commences at his own front door. New production ‘Kubrick’ is brought swiftly into play, with the digital version also including bonus newies ‘Drifting’ and ‘Underwater Love’. Jerome finds space further in for a wealth J.I.A. remixes. His work on 8Kays/Diana Miro-pairing ‘Inside’, Rue & Alastor’s ‘Untethered’ & ‘Stardust’ by Michael & Levan & Stiven Rivic, as well as classics like Jam & Spoon’s ‘Follow Me’ & Orkidea’s ‘Nana’ all finds their place. In and around are Wally Lopez’s stylishly chilled revision  Betoko & Alex Kaspersky’s ‘Pluttonya’ and DAVI’s mesmerizing ‘Two Suns In The Sky’.

Coming under the steady gaze  Orkidea, ‘ISOS 15’ commences its final act with the ambient rework Barry Jamieson’s ‘Stars’. From its very first bar, the Finlander dials into both ISOS' ethics and autumnal aspects. Henry Saiz’s ‘I Can Feel It Coming’ and ‘Odd One Out’ from Yotto fall perfectly into step behind, as do Orkidea’s own ‘Metta’ & ‘One Man’s Dream’. Gundamea’s fresh take on Solarstone’s ‘Solarcoaster’, Oakenfold’s year-starting ‘Stonehenge’, BT & Matt Fax’s ‘The Noetic’ and others aren’t far behind. Tying the mix f Orkidea draws on the likes Sweden’s Ticon, with their coolly grooving ‘1987’ and Bicep’s celebrated breaks-fest, ‘Glue’.