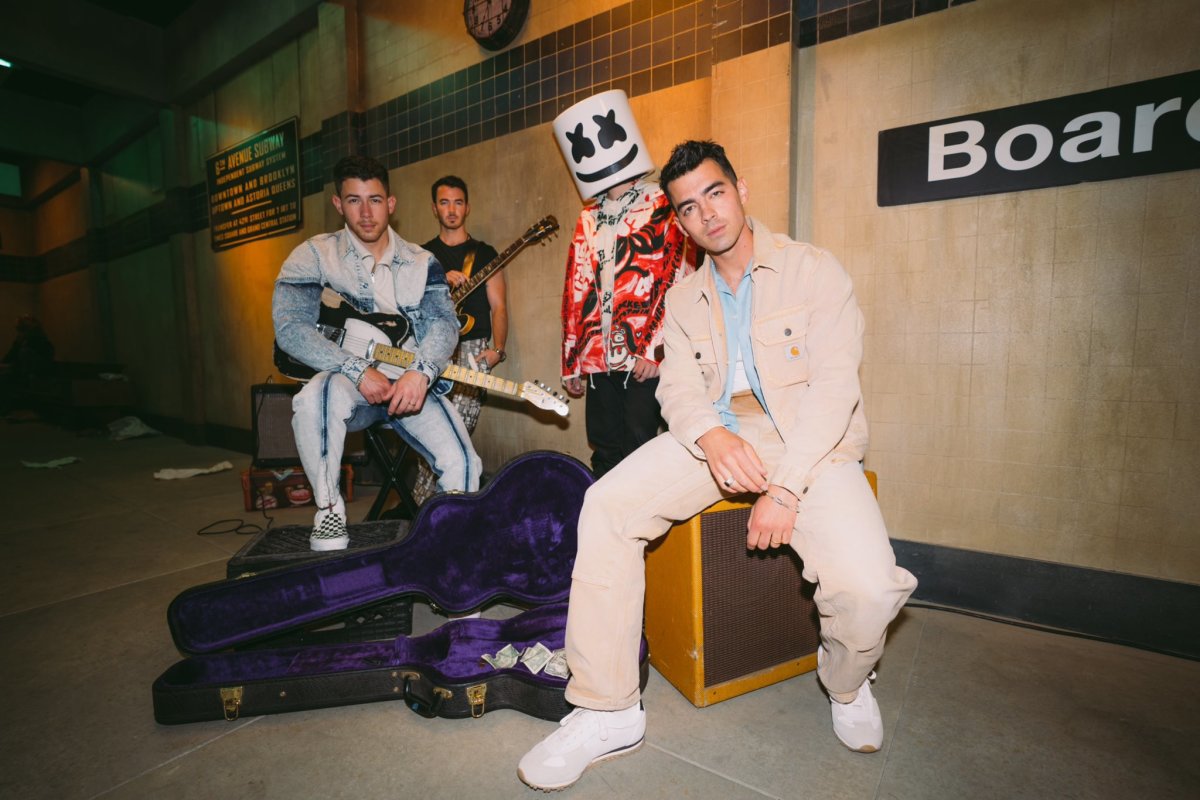 Earlier in the week, Marshmello took to Twitter to tease fans with the prospect of new music on the horizon. With very short notice, the masked producer went on to announce that his latest song would soon drop before revealing hours later that it would be titled "Leave Before You Love Me"—and it's with Disney stars-turned internationally successful pop group, Jonas Brothers.

They've now unveiled the song, which arrived today by way of Mello's Joytime Collective. You can listen to the honeyed pop tune below.

"Leave Before You Love Me" will also be making its television debut this weekend, just two days after its release. On Sunday the pop trio will take the stage at the Billboard Music Awards for a closing performance featuring many of their classics as well as a guest appearance from Mello to perform the new collab.