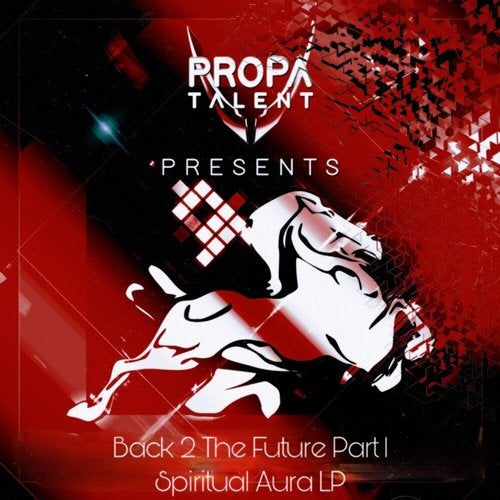 With D&B and bass music split into so many subgenres nowadays, it can sometimes be too easy to split into factions or focus on the differences between all the different styles. The truth is, however, D&B is a rainbow and truly one color bass cannot exist without the one that came before it on the spectrum.

With that in mind, it’s so cool when the pioneers jungle and D&B show up to remind us truly how deep the bass rabbit hole goes, the history that’s there and how every part what’s popular now has a beating heart that runs at the same tempo as those original, classic D&B sounds. Such is the case with DJ Rap’s “Spitirual Aura.”

Composed in 1993 in the very earliest days drum & bass where jungle was just emerging from hardcore and D&B was just barely making itself known, the original “Engineers Without Fears” mix “Spiritual Aura” was all about syncopation, tight snares and catching a major groove. Sound familiar? Also ravey and melodic in its minimal synths and with just a hint a female vocal sample in the intro and break, “Spiritual Aura” declared Rap’s style and set her apart from the other pioneers the time.

“Spiritual Aura” did so well when it was released that it was remixed twice in 1994, once by fellow legend Ray Keith and once by Rap herself. With Keith being the inventor hardstep back then, his mix is decidedly more jumpy and less melodic, while Rap’s second “Get Raw” remix built on the melodic elements the original, adding even more amens and giving a nod to what would eventually become liquid drum & bass. You see, children: it was all there from the start.

25 years later in 2018, just like so many the classics, “Spiritual Aura” got another revamp with two remixes by one the best-known jungle revival producers, Lavery. A jungle remix that seems even more jungle than the original jungle mix and a hardcore mix that throws the track back even farther its original birthdate were both masterfully done by Lavery but haven’t been released properly until now.

For the release all these mixes and commemorating just how far “Spiritual Aura” has come, Rap made one more mix herself this year, adding some modern drama, fast cuts and a heavy bass synth to the mix for its re-emergence some 26 years after it was first released. The ficial Propa Talent release all the remixes, called Back to the Future Part 1, has five mixes spanning almost three decades and truly tracking the history drum & bass through one song.

Tracks like “Spiritual Aura” show that while there may be lots little differences on the surface the different subgenres, drum & bass will always be the same at its core and that core makes all the different styles more the same than they are different. It’s so wonderful to know that the OG producers are not only still here to remind us but many them, like Rap, are still actively producing innovative and new sounds, pushing D&B forward and helping it stay on the cutting edge rave music where it began.

Back to the Future Part 1: The “Spiritual Aura” EP released yesterday, November 7 and is available to purchase or stream on multiple platforms here. Stay tuned for more releases from Propa Talent out soon.