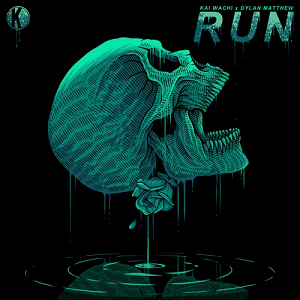 DJ-producer Kai Wachi and talented vocalist Dylan Matthew have come together to bring you their new collaborative single “Run.” Certainly, any track by Kai Wachi is expected to be incredible but when you add Dylan Matthew into the mix, you know that it is going to be a great masterpiece. The track starts f very sentimental, having you deep in your emotions and thoughts. However, it transitions into a heavy drop that will have you headbanging intensely. Headbangers, surely this will be the perfect track for you. If you are ready to experience this fascinating work art, then make sure to take a listen to it here! Certainly, you will not regret it. We expect this to be a new all-time favorite.

Music producer Kai Wachi is known for his truly heavy sound that is sure to impress any headbanger who listens to it. “Run” will be his first ficial release since his recent EP “” and his debut album “.” He is known for some his popular tracks such as “” with Ylti, “Demons,” “Between the Lines” with Sullivan King, and “.” He is also known for his collaborations with popular trio Black Tiger Sex Machine titled, “Rebels” and “The Craving.”

Vocalist Dylan Matthew is known for collaborating with many well-known artists in the dance music scene such as Seven Lions, SLANDER, Dabin, and Jason Ross. He recently performed with SLANDER on their “The Eye” Tour before it's remaining dates were postponed due to the coronavirus pandemic. He is featured in many adored singles such as “First Time” with Seven Lions, Slander, and Dabin, “Another Me” with Seven Lions, Excision, and Wooli, “Love is Gone” with SLANDER, and “One That Got Away” with Jason Ross and Dabin.

Stay tuned for more music releases by these one--a-kind artists.