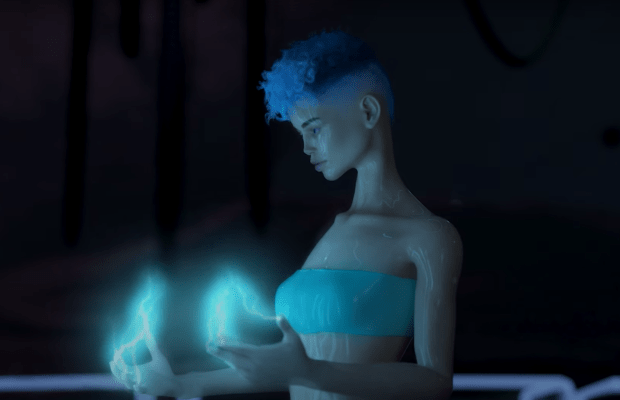 Kàra Màr, an AI-powered DJ developed by Sensorium Galaxy, has released their debut album. According to the metaverse company, they are the first AI-driven social artist to release a full-length album on Spotify.

Kàra Màr, as well as the other AI in production by Sensorium Galaxy, are powered by Mubert's proprietary AI technology. They joins the ranks of David Guetta, Carl Cox, Steve Aoki, Armin van Buuren, and a number of AI-powered artists, who will perform inside of Sensorium Galaxy's virtual PRISM world. Read our in-depth feature about our interviews with these avatars here.

"Increasingly more creators embrace direct communications with their fans via live streams on Instagram and other channels," said Sasha Tityanko, Deputy CEO at Sensorium in a press release. "We take this a step further by allowing fans to dive deeper into the interactions with their favorite artists. AI-driven Social Artists are able to dedicate quality time to every single fan, listening, responding, and adapting to their individual preferences, thereby ushering in a new era in music."

Check out Anthropic Principle below.