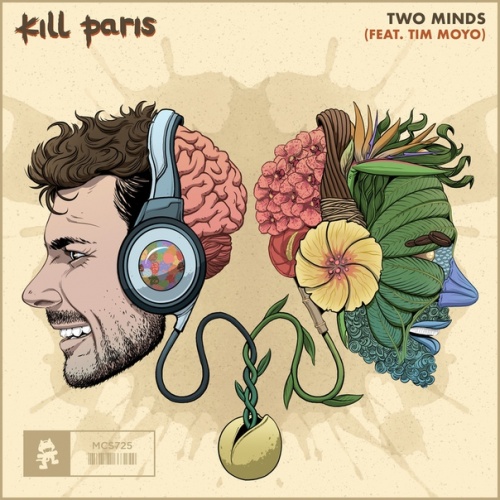 American producer Corey Baker a.k.a Kill Paris returns to the airwaves today with a funky new single. His new track is called ‘Two Minds’ and it features the vocals Tim Moyo. Kill Paris really brought his A game for this new track. He defines his style music as heavy chill and future funk, and honestly that’s exactly how ‘Two Minds’ sounds. The new single sees its release on Monstercat.

‘Two Minds’ has an excellent blend chill vibes, funky sounds, and heavy bass. Tim Moyo’s voice only adds serenity to the track. His vocals are both smooth and chill, giving a downtempo vibe to the song. Kill Paris uses funky instrumental sounds to blend in an old-school feel, but also builds the song up like a banger. On the drop, a hard initial kick comes in, but mellows out into a rather “heavy chill” track.

Very nice work from Kill Paris and Tim Moyo on this one. Check out ‘Two Minds’ below and let us know what you think the track.