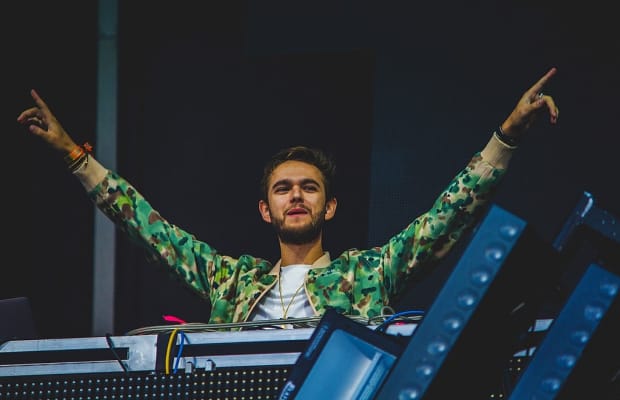 Grammy-winning electronic music producer and avid VALORANT gamer Zedd has dropped a new remix of the game's 2021 championship anthem, Grabbitz's "Die For You."

Zedd's electro house roots shine in the gripping remix, which hit streaming platforms after the VALORANT Champions 2021 tournament wrapped up on December 12th, 2021. It's not quite the complextro mayhem of yesteryear, but it's chock full of signature Zedd sounds, especially in the verses.

Check out a clip of Zedd and Grabbitz debuting the new "Die For You" remix at the finals opening ceremony, which also featured PVRIS and REZZ, below.

Zedd is a diehard VALORANT fan, recently teaming up with the tactical first-person shooter's developer, Riot Games, on a rave-inspired bundle of branded weapon skins. Named after his 2012 electro smash "Spectrum," the pack features skins with Zedd's distinct "Z" logo and LED lights that react depending on in-game movements and kills.

You can listen to Zedd's remix of "Die For You" here: