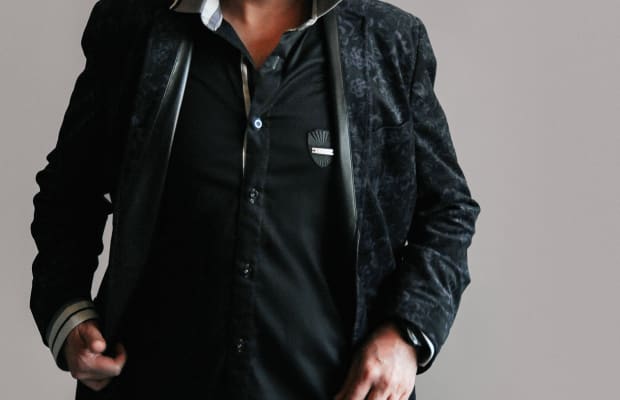 Last month LouCii dropped a triptych of distinct records in one day, a plethora of diverse music that spans 39 tracks and includes lyrics in three different languages. The albums, which arrived by way of Lalee Records, are called Back2BassX, Dark Like Kryptonite, and Global Vibes and they explore many different genres within the overarching scope of electronic dance music.

"I have always gone where no man has gone before," LouiCii said in a press release. "I think the release of my 3 albums with 39 tracks covering 14 music genres, and 3 languages, on the same day speaks louder than words, and clearly puts me in a category of my own."

Back2BassX is the most club-friendly of the trio, focusing on house music and its various sub-genres, like tech and deep house. Standouts include the groovy cut "Here We Go" and the sultry melodic house number "Say Goodbye."

Dark Like Kryptonite was designed for the peaktime hours of music festivals, touching on booming electronic sub-genres like big room house and future rave music. Highlights include a riveting future house tune called "Too Late Now" and the self-explanatory banger "Big Room Till I Die."

Last but not least, Global Vibes focused on dance music with an exotic twist. The album explores reggaeton, Latin pop, dancehall, and more over the course of its 12 tracks.

LouCii cut his teeth as an artist in the Washington, D.C. club scene under the alias DJ Louie, regularly performing as resident at a number of prominent clubs and venues, like Glow and the now-defunct Zei Club. He also claims to be the first artist to introduce "Belly Hop"—a genre that fuses contemporary belly dancing music with hip-hop—with his single "Move Your Belly."

You can find out more about LouCii here and get familiar with his body of work via the links below.