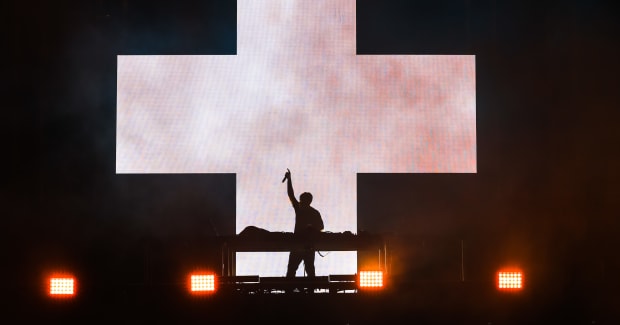 We only needed one, but there's now nine reasons to get fired up ahead of Martin Garrix's debut club album.

The Dutch dance music titan has now unveiled the ninth and final single from Sentio, which drops in full this Friday, April 29th. This time around, he's teamed up with STMPD RCRDS vet Blinders for an instrumental anthem called "Aurora."

The cinematic progressive house tune was originally a remix of "In The Name Of Love," Garrix's 3x Platinum global hit with Bebe Rexha. After playing out the track in many of his DJ sets, he decided to turn it into an original and team up with Blinders, a renowned Polish DJ who collaborated with Garrix back in 2018 on the fan-favorite electro house cut "Breach (Walk Alone)."

"Aurora" is the latest in a dizzying succession of Sentio collabs, which kicked off in March with the Zedd-assisted ("Follow"). Garrix went on a new music rampage from there, releasing joint tracks with the likes of Brooks ("Quantum"), DubVision ("Starlight") and Julian Jordan ("Funk"), among others.

You can take a listen to all nine Sentio singles currently available below.