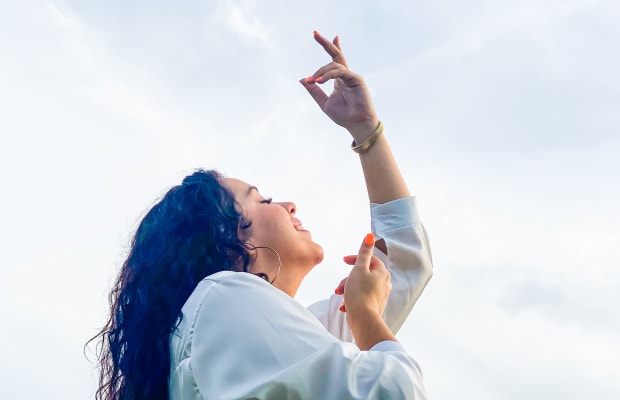 Joyce's original track is an indie pop stunner, but the Russian duo have flipped it into a heart-pumping dance rendition that could work in both clubs and on the radio. Going Deeper employ future house-inspired synths in the drop here, adding a breezy element to the chorus to compliment the buoyant nature of the lyrics. The power of Joyce's voice is just as clear as in her original, repurposed in a kinetic new arrangement.

Hailing from Kampen and raised in the Canary Islands, Joyce has released over 20 singles to date—including three as a featured artist—and ten music videos. She's worked to develop her own unique dance-pop style since the age of 19, when she began to travel and sing on stops along the way. She kicked off 2021 by signing with Total Freedom Recordings and releasing her single "Insecure," a collab with Grammy-nominated producer StoneBridge. That track went on to receive spins on SiriusXM's coveted BPM channel.

The release comes paired with an extended edit for DJs looking to add an edge to their live sets. You can listen to both versions of Going Deeper's "Won't Give Up" remix below.