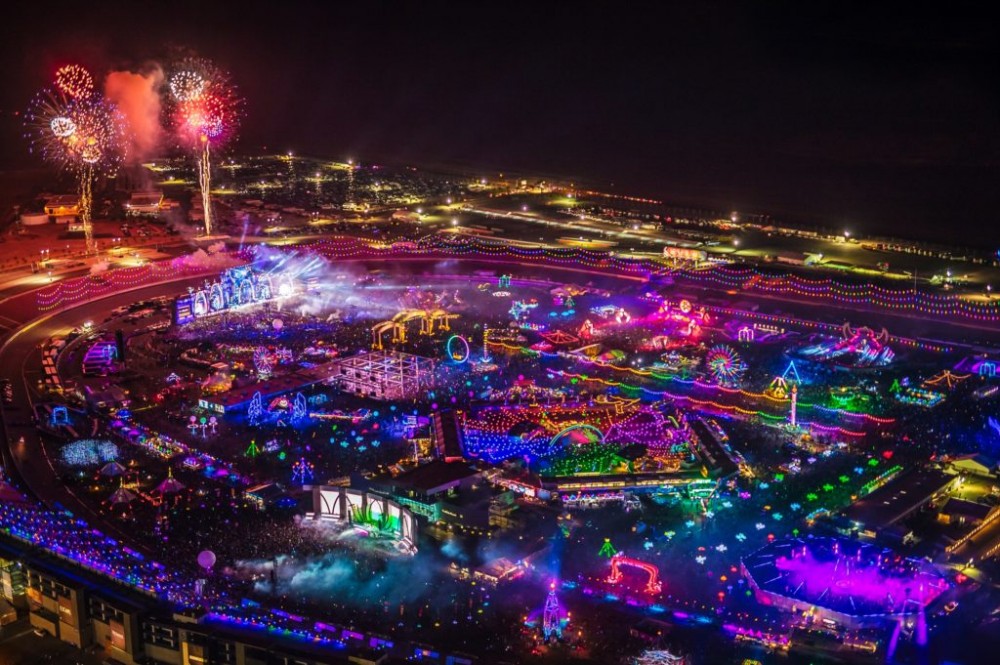 Dallas Cowboys superstar running back Ezekiel Elliott was put in handcuffs at EDC Las Vegas over the weekend. The NFL player pushed a security guard into a metal gate and to the ground — and the entire ordeal is captured on camera.

The incident apparently started when Elliott was spotted in the parking lot at the music festival arguing with his girlfriend. He didn’t become violent, but at times was using his body to block her from walking away.

In the video below, Zeke addresses one the event staff (who appears to be minding his own business) — “You got something to say!?” He again, used his body to push over the security guard.

“Security misconstrued and overreacted to the situation,” Zeke’s attorney, Frank Salzano said in a statement to TMZ Sports. “He was cuffed as a precautionary measure. He was released with no charges and left Vegas that night and went to his youth football camp in Dallas] on Sunday.”

The football star was not arrested, only detained by metro police on site and later released.