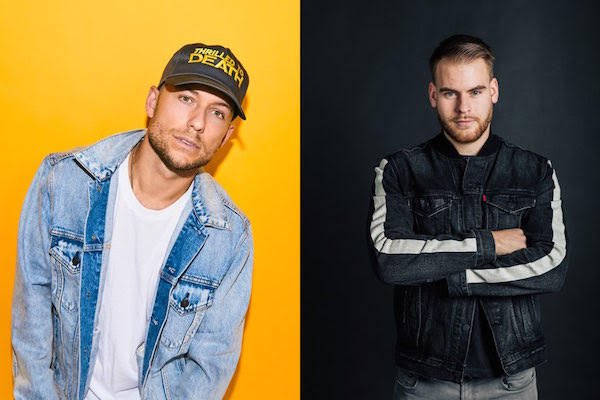 Party Favor and Nitti Gritti have a new side hustle as the two have joined to make SIDEPIECE. Today, the newly formed duo release their debut single “Wanna See You” — and it’s everything we could have hoped for and more!

The new project is described as a “sonic departure” for both artists, which allows both Party Favor and Nitti Gritti to flex their versatility. From the sounds it, SIDEPIECE is dedicated to serving up quality house music, and their first fering “Wanna See You” hits the nail on the head with an energetic, irresistible groove.

Though these guys are seriously talented, they’re not taking themselves too seriously. In an exclusive quote to Billboard, they explain, “We’re just two below average guys who got together to make music we love, but don’t tell our significant others. Everybody needs a SIDEPIECE.”

SIDEPIECE are slated to make their debut performance at Diplo‘s Mad Decent Presents: Higher Ground party at The Brooklyn Mirage on Sunday, September 22nd. They play alongside a stellar lineup including Walker & Royce, Paul Woolford, Huxley, the man himself — Diplo — and more! Tickets here.

For now, check out the leading track from SIDEPIECE below, out now  Insomniac Records’ IN / ROTATION.