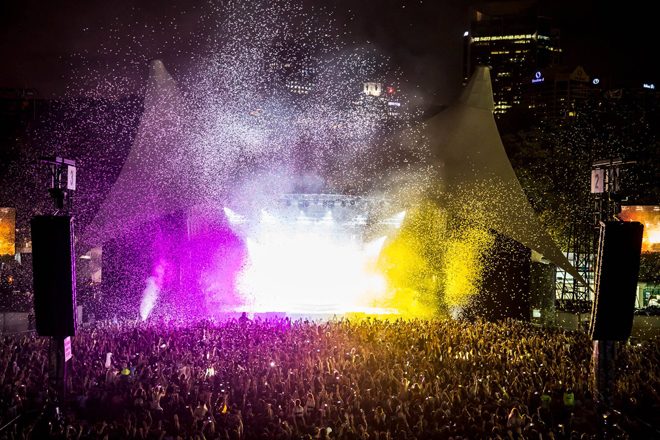 Six arrests were made for alleged intent to supply drugs, including one 22-year-old man accused being found with 138 ecstasy pills, while a further 167 people were apprehended on possession charges over the course the day party which ran from midday to 11pm and featured headliners such as B.Traits and Solardo.

Of the 26,000 crowd in attendance, six people were taken to hospital, five for drug-related health problems and one man for suffering a leg injury attempting to break into the festival.

Sydney is notoriously strict on electronic music parties, with the suppressing nightlife in the city in recent years. The incidents at Field Day Music Festival are unfortunately unlikely to improve the image such events in the eyes law, although arrests were down from the 2017 edition, which saw .


Patrick Hinton is Mixmag's Digital Staff Writer, follow him on