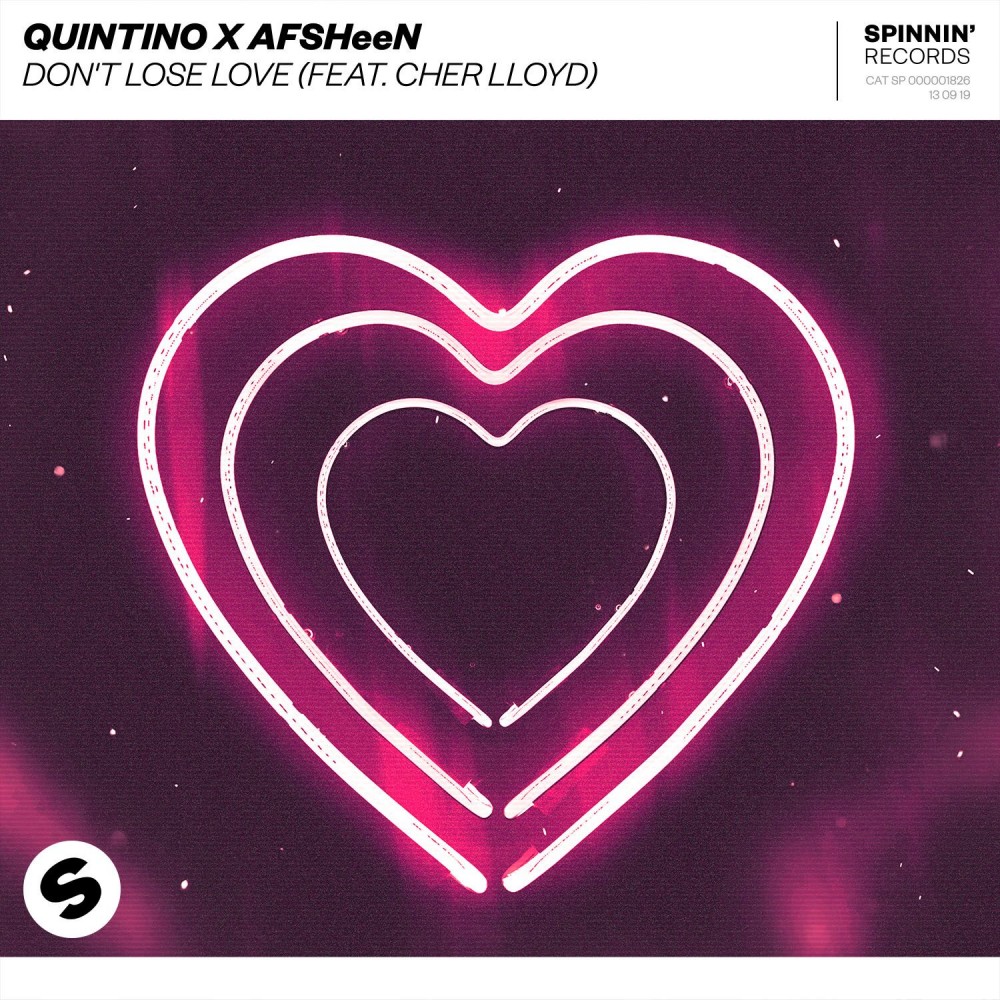 Quintino has been playing a lead role this festival season prodiving us with a series exciting hit singles. As it now seems, these are all part an ambitious debut , titled ‘Bright Nights', set for release next month! Now, he brings perhaps the album's most pop styled record, teaming up with AFSHeeN, featuring Cher Lloyd on the guitar driven ‘Don't Lose Love' – out now on Spinnin' Records.

“When we started working on the album I had the idea having one track on the album that was more for radio and to listen to. When I met up with AFSHeeN in LA we worked on this track and I was sold straigth away. Cher’s vocal pushed the track to the next level, just happy to have this one on the album!” – Quintino

Working up anticipation for the release his debut album, Quintino serves a powerful new single here, teaming up with Los Angeles producer/songwriter AFSHeeN for ‘Don't Lose Love'. Featuring Cher Lloyd on fierce vocal duty, it's a blazing track that leans heavy on its guitar riffs and twisting electronic effects, a product AFSHeeN's inventive songwriting that brings back memories raw electro rock. For sure, it rocks hard, while the driving kicks and chorus make sure the dancefloor keeps moving.

“Quintino and I met up in LA and I played him the demo the song. He really liked it and decided to work on it together. When he went back to Amsterdam he started working on the track and sent me a mix. I really loved the direction and worked on it further in my studio in LA. I reached out to Cher Lloyd whom I had worked with in the past and written many together. I felt she was the right artist for the song. She recorded the vocals in London and sent me the files and we finalized the record.” – AFSHeeN

“I’m so excited to feature on this incredible song. From the second I got into the booth it felt special. I can’t wait for everyone to create their own memory and connection with it just as I did.” – Cher Lloyd

The result is a wonderful blend two producers' sounds, working up something fresh and invigorating, using Lloyd's vocals for something that's as energetic as it is unexpected.