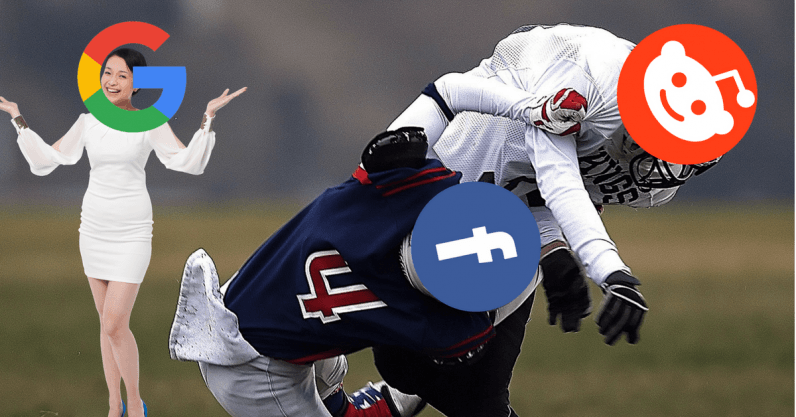 As our world continues to depend more and more on technology, it comes as no surprise that people ten have a preferred website to satisfy their daily knowledge craving. According to Alexa, the Amazon-owned virtual assistant and web traffic analyzing platform, more users now visit than Facebook in the United States.

is still a little foreign for some users. With that said, here is a quick description, according to Wikipedia, to give the unfamiliar readers a quick glimpse into the great site – it’s “an American social news aggregation, web content rating, and discussion website”.

The platform has recently undergone a momentous re-design which included small, but important updates, such as a side panel, a banner image, and several different ways viewing a subreddit. Although users aren’t entirely pleased with the overall fresh design, the statistics speak for themselves.

Google is still ranked as the most visited site, followed by YouTube, , Facebook, and Amazon locking down the top five choice picks. Jumping into even more interesting facts, on average, users will spend 15 minutes and 10 seconds their days cruising the site, resulting in a figure substantially higher than its competitors.

Check Out The Competitors Daily Stats Below:

Facebook seems to be the true losers in this situation. Their audience is ageing and shifting to other platforms, not to mention, they lost a good amount their users due to the Cambridge Analytical scandal.

Like every situation, there are always positives and negatives. Facebook still owns WhatsApp and Instagram, so you know that Mark Zuckerberg isn’t dwelling on these stats too much.

The fam is one that isn’t easily pleased, however with the increased traffic, one can assume that bigger and better things are coming.