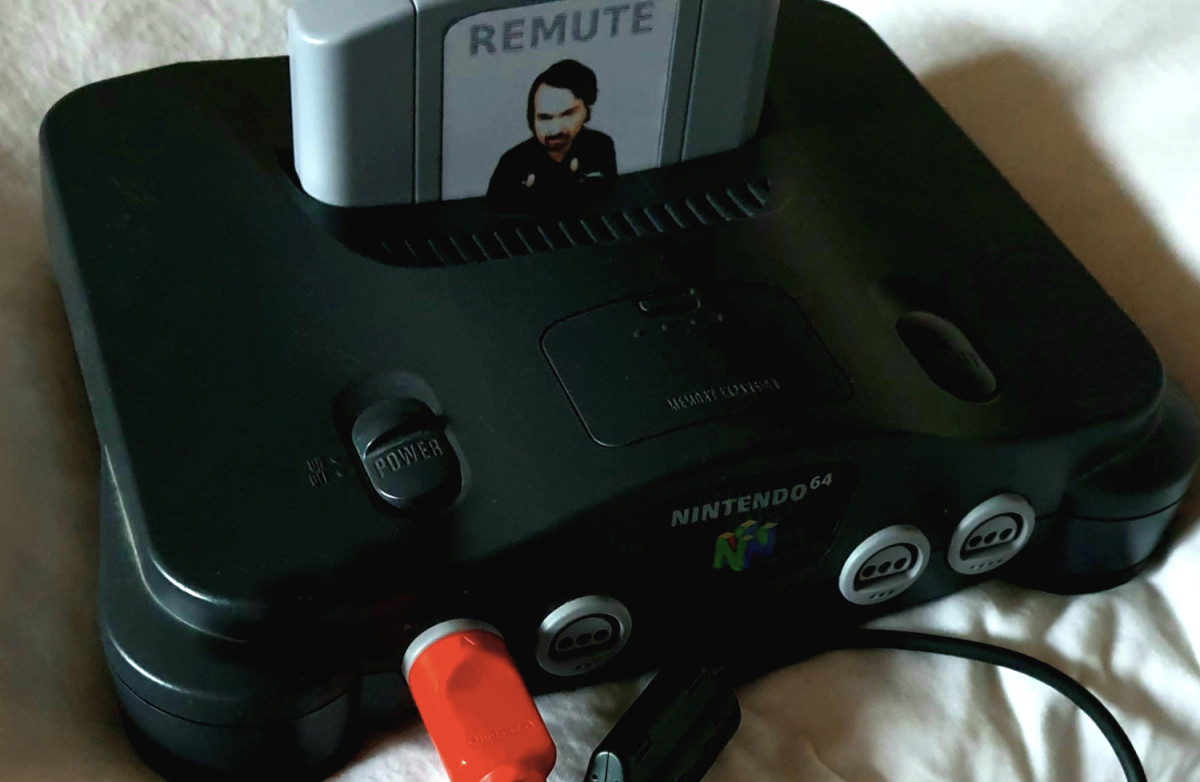 Go to Mom, Dad, Grandma, or Grandpa's house and brush off your old Nintendo 64 console because techno artist Remute is back with an album for the classic game console.

Remute turned back the knob in gaming and musical history to when 8MB was considered a lot of storage for game systems. He's now releasing an album, dubbed R64, that users will be able to play on the Nintendo 64. The music is generated in real time with the N64's 8MB of storage.

The German DJ partnered with Rasky, Nintendo 64's developer for its sound engine and player-GUI. Rasky created a unique 3D visual experience that accompanies Remute's music and allows the user to fly like Lawnmower Man.

You can pre-order R64, which is set for a March 25th, 2022 release date, on Remute's Bandcamp page. There will also be a limited Plus Edition 7" vinyl with two special versions of album cuts "Superposition" and "Tradition Und Moderne," as well as an exclusive track called "Tradition and Superposition."

Remute is all too familiar with retrofitting his music for old game systems. Last fall, he released Living Electronics album as a Game Boy cartridge. His 2019 album Technoptimistic was released on the Mega Drive and The Cult Of Remute hit shelves on the SNES in 2020.

"As with all systems I’ve done albums on before, it was quite challenging to compress my vision down to its pure essence,” Remute told NME. “The result sounds more like New Wave, Italo Disco and early Detroit Techno and features even some songs with vocals."

R64 is part of a trilogy. Unity for Game Boy Advance and Generations for the Sega Dreamcast will be released later in 2022.