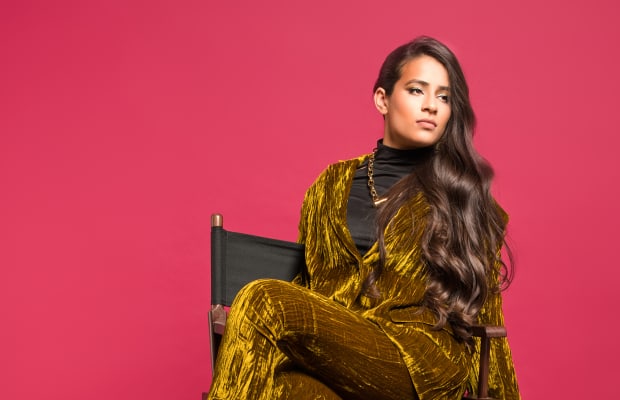 The young songstress, whose first-ever release arrived back in August alongside a gripping music video, has recruited the help of one of the most prolific remixing teams in the scene to rework the brooding pop jam. Manhattan Clique flipped "Top Guy" into a house heater, repurposing Ridi's sultry lyrics in a bouncy four-on-the-floor rhythm. Their sublime edit retools "Top Guy" into a cut for the clubs, and while it doesn't have tense builds or thunderous drops, its bouncy sound design will surely get people moving.

Having been attacked by nasty rumors, racial slurs, and hateful messages at a Swiss boarding school—only to be booted for taking a stand against it—Ridi's music sheds light on the effects of bullying while promoting an anti-hate message. The European singer-songwriter of Indian descent is also the co-founder of the anti-bullying campaign "StopTheB," an initiative she launched with her sister that they've deemed the first anti-bullying community for young people, by young people.

With an overarching goal to build awareness around the pitfalls and long-term impact of bullying, Ridi and her powerful pipes have garnered some high-profile admirers as she rises through the ranks of pop and dance music. She can safely count iconic footballer Ronaldinho as a fan, and she received an invitation to speak at a UNESCO world anti-bullying forum in Sweden. It's been quite an ascent for the prodigious singer, whose artistry can be traced back to the age of eight.

"I wrote 'Top Guy' at a really messed up point in my life where I had basically lost everything I’d ever known," Ridi said at the time of the release of the single. "What I’ve learned from the constant harassment and attacks is that, at the end of the day, the best response is to not give a shit about what others say or think—and if standing up for yourself makes people think that you’re the ‘bad guy,’ that’s okay. There’s no one who knows you more than yourself."

You can read more about "StopTheB" here and find Manhattan Clique's remix of "Top Guy" on streaming platforms here.